Arrow Video is bringing 2020 to a close with something big! Celebrating its 30th anniversary, TREMORS is hitting 4K Ultra HD for the first time ever! 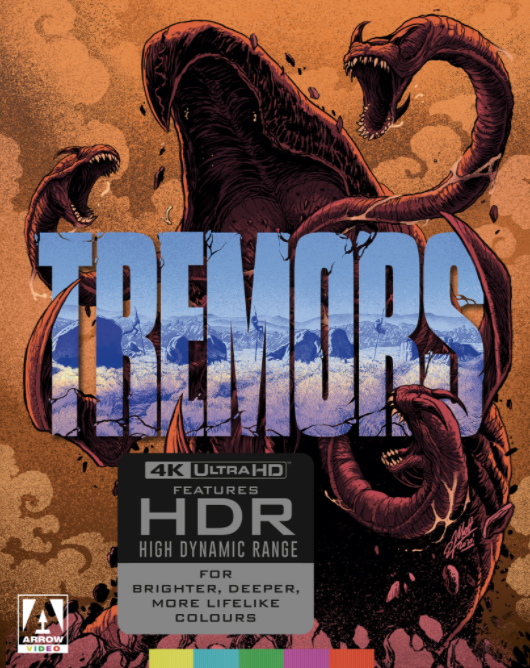 Though TREMORS spawned a franchise of six additional films, one television series, and more to come, the original is near and dear to sci-fi/horror fans and was hailed by the Washington Post as “a delightful throwback to such ’50s and ’60s films.” Arrow is bringing TREMORS and the graboids to a limited edition Blu-ray, and glorious 4K Ultra HD, both of which will be available on December 15th. This release tops off a month that also sees Arrow Academy releases of Survivor Ballads: Three Films by Shohei Immamura, the Acadamy Award-winning Cinema Paradiso, and Arrow’s director-approved restoration of Ryuhei Kitamura’s zombie-martial arts mashup, Versus.