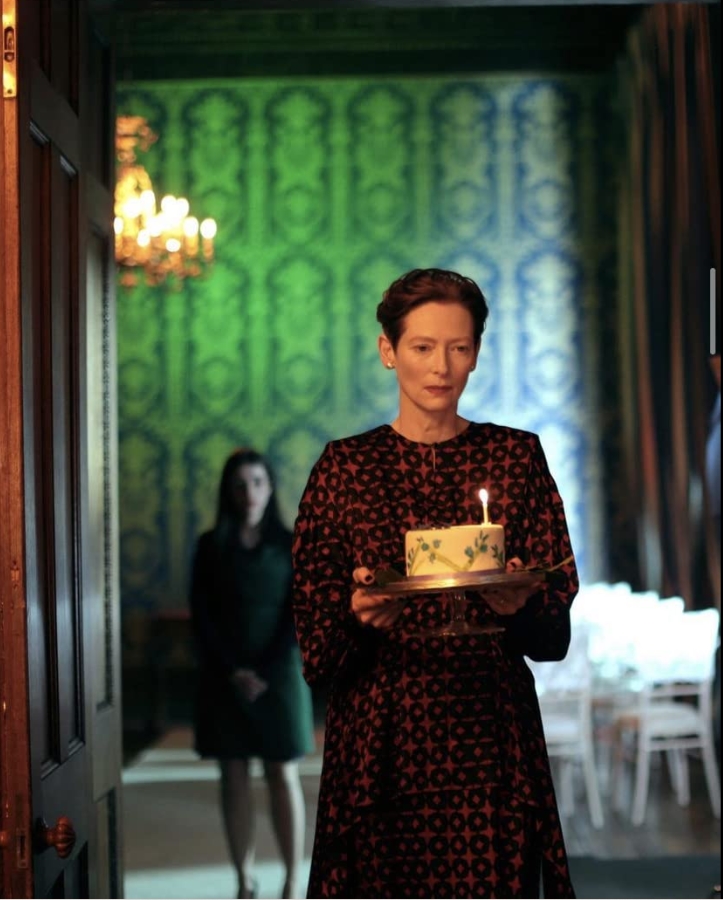 Directed by British auteur Joanna Hogg, THE ETERNAL DAUGHTER stars Tilda Swinton in a compelling dual role as an elderly mother (Rosalind) and a middle-aged daughter (Julie). Staying at a hotel to celebrate Rosalind’s birthday and hoping to spend quality time together, the pair rehash memories while Julie gathers material for an upcoming film that she is working on. Aside from an irritable receptionist (Carly-Sophia Davies) and a kind groundskeeper (Joseph Mydell), there doesn’t seem to be anyone else around.

Like many effective ghost stories, there is a deep ache and inherent sadness at the center of THE ETERNAL DAUGHTER. In Hogg’s film, ghosts don’t exist because they have unfinished business. They exist because those left behind do. A projection of our grief and regrets, ghosts represent words left unsaid, questions left unasked and stories left untold. During their holiday, Julie wrestles with this as she coaxes her mother into reminiscing and secretly records their conversations in an effort to capture all that’s fleeting.

A smart location choice by Hogg, hotels offer the perfect setting for an eerie story – transient spaces with people coming and going, perhaps leaving their imprints behind. THE ETERNAL DAUGHTER lingers in liminality, an anthropological concept originally defined by the ambiguity and disorientation one feels in the middle of a rite of passage, which Julia and Rosalind are arguably experiencing in different ways. It can also refer to a place, a location that is between destinations – much like their hotel.

In that sense, the hotel is a stand-in for Julie and Rosalind’s emotional purgatory, as they find themselves unable to transition towards the uncertainty of what’s next. Until they can reconcile their individual and shared past, they will be frozen here. THE ETERNAL DAUGHTER is about reckoning with one’s self and one’s art, a point made quite literal by Swinton playing opposite herself, but it’s also about reckoning with loss and memory, the fear of forgetting and oftentimes, the pain of remembering.

Swinton is at her most idiosyncratic, embodying both characters through their own distinct mannerisms and expressions. Then, there are delicious moments when she subtly fuses the two women together because after all, no one is immune to turning into their mother. With her performance elevated by Helle le Fevre’s editing prowess, it is easy to forget that there’s only one actor in the room. The result is pure cinematic magic. 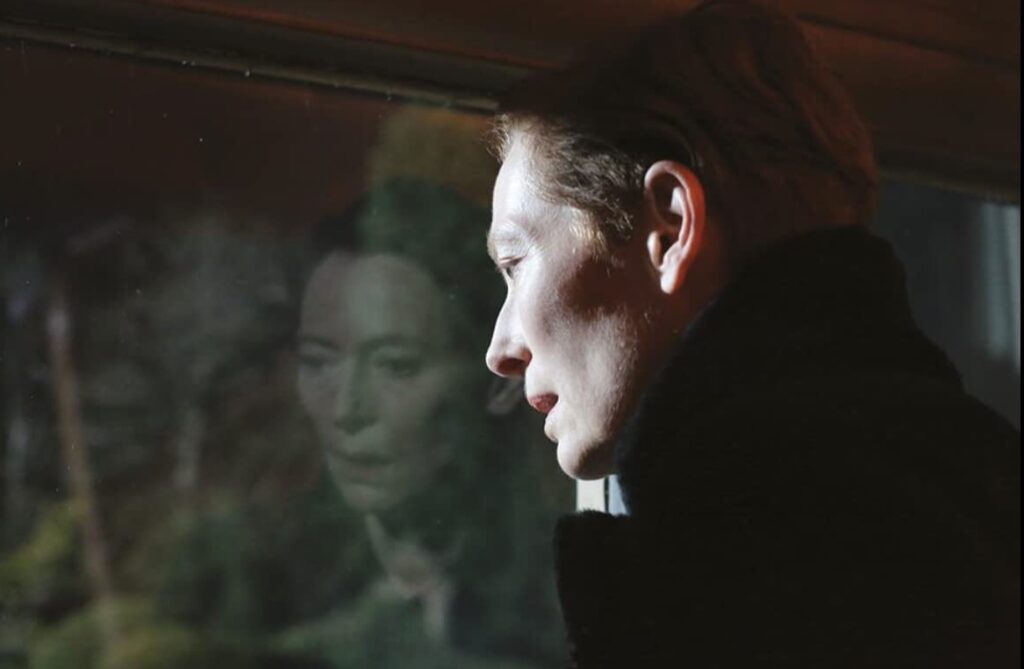 While not a traditional horror film, fans of gothic storytelling won’t be disappointed. Hogg expertly delivers on all of the genre’s hallmarks. There are long corridors, creaky floorboards, howling winds and unexplained noises aplenty. Inside the manor, time quickly loses all meaning as perpetual darkness envelops the manor and claustrophobia sets in. It doesn’t take long for the tension and dread to become as thick as the all-consuming fog outside.

Equal parts morbid and beautiful, THE ETERNAL DAUGHTER seeps into your bones in the best way possible. Despite its atmospheric slow burn, it holds a sense of urgency that comes with the devastating truth that there’s never enough time to understand – or even fully know – our parents.