As part of its Mid-Year Sale that begins at midnight EST tonight, Severin Films is unveiling a sumptuous new package for BLOOD FOR DRACULA (a.k.a. ANDY WARHOL’S DRACULA), starring Udo Kier in his classic performance as the “wirgin”-seeking Count. The three-disc set includes a UHD containing a 4K transfer of the film, scanned uncut from the original negative for the first time ever in 1.85:1. The second disc is a Blu-ray with a 1080p presentation of the movie plus bonus features, and the third is a newly mastered, extended edition of the CD soundtrack featuring Claudio Gizzi’s music. The special features are: 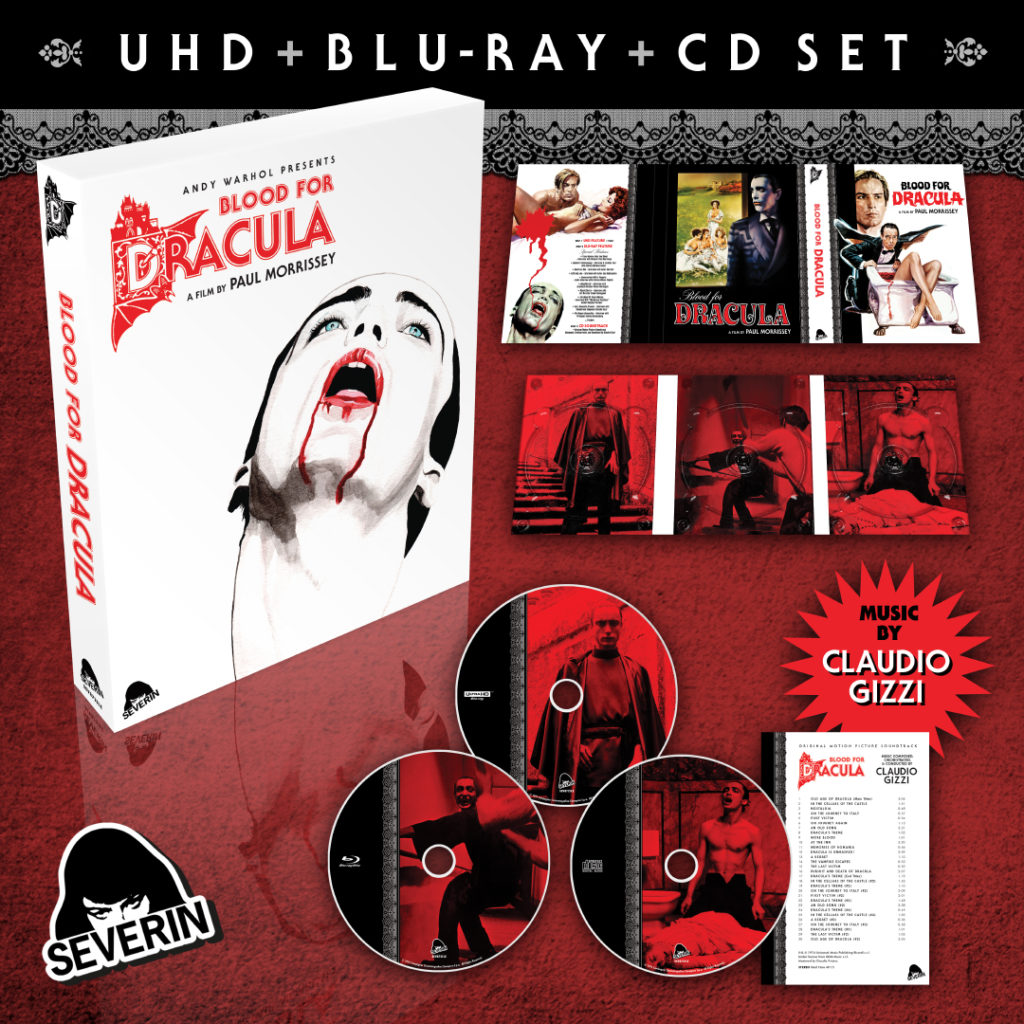