Rue Morgue’s CineMacabre Movie Nights promise the best of classic and contemporary horror at The Royal Cinema – once a month, every month!

Gone are the days of snoozy, passive mall security guards in Jim Wynorski’s slasher-comedy CHOPPING MALL. Park Plaza Mall has just installed a new state-of-the-art security system: robot guards who are designed to disable thieves with lasers and tranquilizers. When a group of teenagers break in for a night of drinking and fun in the furniture store they work at, the robots go haywire from an electrical storm and start taking their jobs too seriously.

CHOPPING MALL hits the ground running at a breakneck pace, offering everything you could possibly want from a B-movie. A ridiculous villain? Fun kills? Possibly the silliest sexy dialogue ever? Join us for an evening of hilarious debauchery and killer robots, only at The Royal Cinema! Sunday, December 10 @ The Royal Cinema 608 College Street, Toronto 8 PM

***Join us before the screening for a very special toy drive in the lobby! From 7:00pm – 8:00pm, donate a new or gently used toy and make a child’s Christmas this year and get your picture taken with our undead Santa! 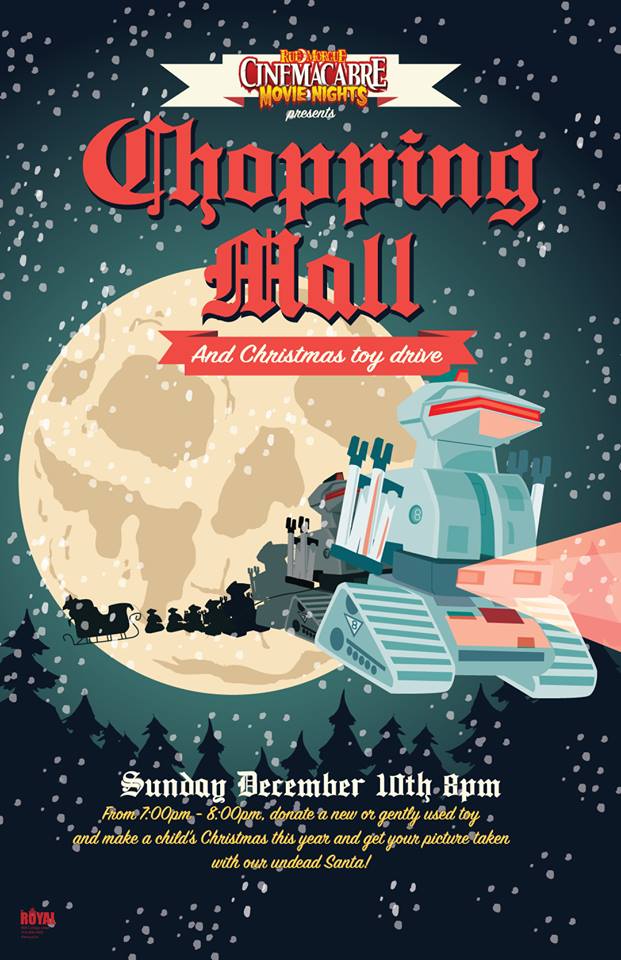