It was just a box of photos, an old battered box someone had thrown away. But when I examined each image, it was clear these should never be looked at by human eyes. The images were unquiet, cursed. When night came, they became ‘restless’, the hideous figures crawled out from their film prisons to torture and torment me. My only hope lay in sharing the images so that I may pass the curse on. But more and more kept coming… Now after years of research I’ve discovered the means to lay the ghosts to rest via a simple app. But I will need your help to do so –  I have no other choice but to share them with you. Perhaps together we may exorcise these horrors.

Photogasts is a brand new haunted photo card game from T.W. Burgess, writer, digital artist, and lover of all things horror. Since their release, Photoghasts have been making a mark online tapping into a shared love of found footage, urban legends, and ghost stories.

According to the game’s Kickstarter page, the original intention of creating Photoghasts was to be able to tell a short-form supernatural story that was short enough to fit comfortably on social media. Accompanied by an animated image to give the impression of a ‘haunted photo,’ Phototgasts combines two of Burgess’ passions, found footage and ghost stories.

Since their launch, Photoghasts have raised well over a million views on Twitter and TikTok. In 2019, Burgess compiled his favorite Photoghasts into a haunted book, with found footage imagery that would ‘come to life’ when scanned with an additional app.

Burgess wondered, what if these haunted images could be compiled together into a card game? But, not just any old card game. A game that would allow players a truly unique ‘horror’ gaming experience by scanning each card. 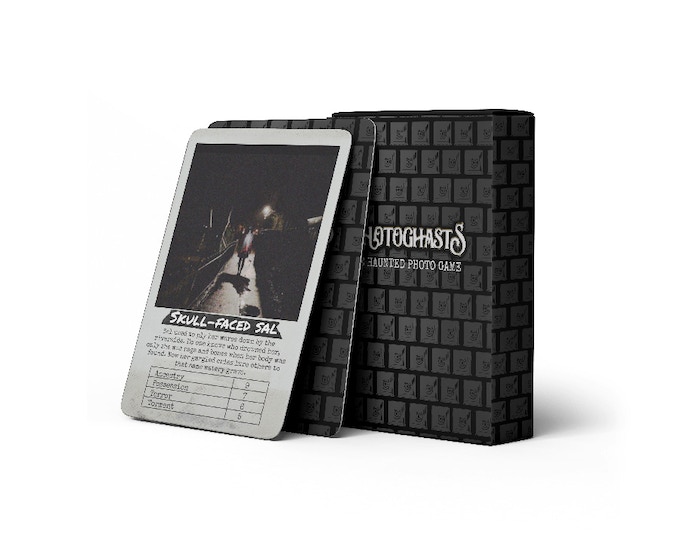 Says Burgess of his project, “alongside these games has been my undying love of ghost stories and my passion for horror. In particular [I love] found footage films such as Blair Witch, Rec, Lake Mungo, Ghostwatch, Paranormal Activity, Trollhunter, Cloverfield, Noroi, and As Above So Below to name a few. That grainy aesthetic instantly adds a feeling of the uncanny to any setting and has forever stuck with me. So what better opportunity than to create a game in which grainy haunted photos literally come to life in the creepiest way possible.”

By using the Photoghasts app on a single smartphone/tablet, between 1 to 4 players can go head to head in an attempt to ‘exorcise’ each of the cursed Photoghasts before the time runs out. Each time a Photoghast is scanned with a smart device, the animated horror is unleashed in real-time thanks to the cursed technology of the app.

With scores calculated by the app itself, Photoghasts blends together video game score systems with the traditional card game thanks to the power of augmented reality. Compete against your friends IRL or even better, share your scores online via the app with other Photoghast players!

But if you want to play head-to-head with friends then you’re in luck. There’s a host of exciting features to uncover. The great thing is, all you need to play is one smart device and a pack of Photoghast cards, small enough to throw it in your pocket at any time.

Oh and here’s the scary part. Play the game after 9pm and you run the risk of disturbing the original Photographer.

Not much is known of them, only that legend told of him utilizing dark magic to capture his original haunted photos. Magic allegedly cursed him to carry on taking photos long after his death, constantly searching for souls to imprison.

Beware, should you dare play the game after 9pm then they might just appear and snatch you up as well to keep in his cursed collection.

Being a big fan of games that used the internal clock of the computer or gaming system (such as Rise of the Triad, Munchers, and Dark Castle) it was important for Burgess to add some real-time elements to gameplay. ( Also, it goes without saying how gaming after dark is always 100 x scarier. )

Don’t want to encounter The Photographer? No problem! There’s a ‘safe’ mode to allow you to play the game as usual after 9pm.

Burgess will also be working with some of his favorite artists to create a range of commissioned Photoghast art prints based on each of my individual characters. 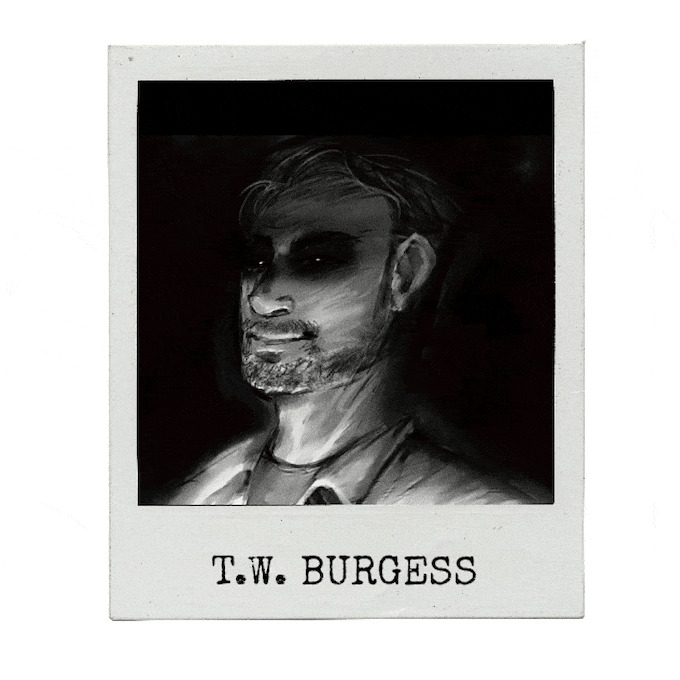