New trailer reveals the rock ’n’ roll horror of “WHAT THE WATERS LEFT BEHIND: SCARS”

A site of real-life devastation is the backdrop for the shocker sequel.

Nicolás Onetti, who directed the previous WHAT THE WATERS LEFT BEHIND with his brother Luciano, returns to helm WHAT THE WATERS LEFT BEHIND: SCARS, which was scripted by Camilo Zaffora. Agustín Olcese, Clara Kovacic, Magui Bravi, Maria Eugenia Rigon, Juan Pablo Bishel, Matías Desiderio, Germán Baudino, Chucho Fernández, Paula Brasca, Mario Alarcón and David Michigan star. According to the PR, “Shooting of WHAT THE WATERS LEFT BEHIND: SCARS took place in the atmospheric village of Epecuén, Argentina, the tourist resort near Buenos Aires that sat underwater for 25 years after a dam broke in 1985. The waters then receded several years ago and the ruins of Epecuén emerged, exposing a bleak and deserted landscape. The residents never returned.

“Plot turns on an Anglo-American indie rock band that winds up stranded in Epecuén, where their internal conflicts and the bad luck of their tour quickly lose importance before the hell that awaits them.” 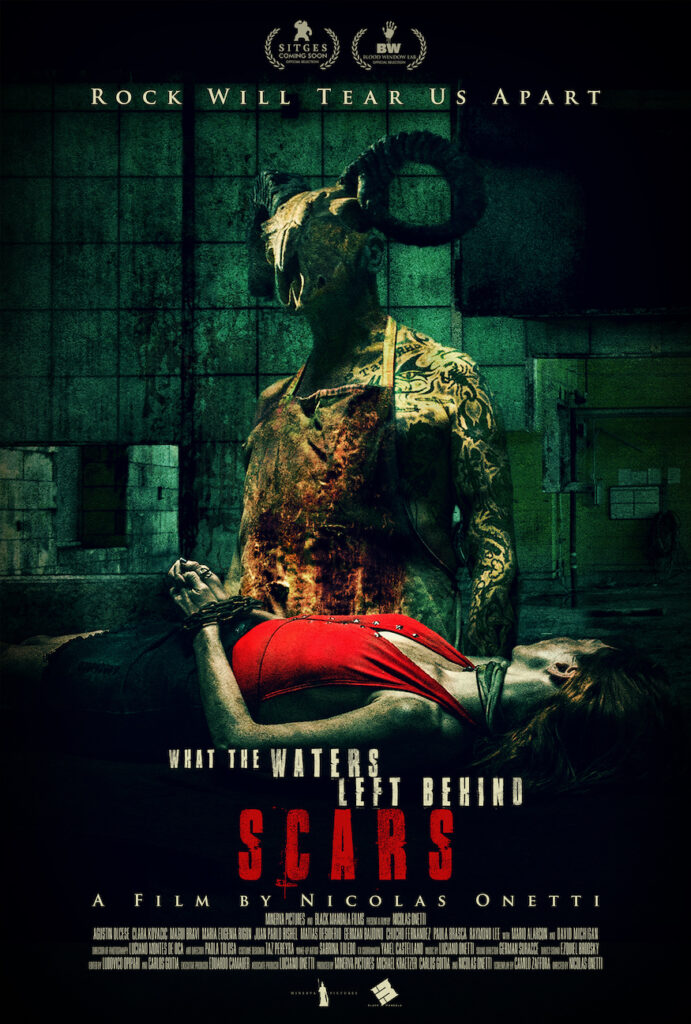