We first told you here about the indie slaughter sequel DON’T F*CK IN THE WOODS 2, which was then in the midst of shooting. Now it’s nearing completion, and a new poster (with an uncensored title) has been unveiled.

The original film’s Shawn Burkett returned to direct DON’T F*CK IN THE WOODS 2 from a script he wrote with Cheyenne Gordon, who also stars alongside Brittany Blanton (pictured), Kaylee Williams, Mark Justice, Jason Crowe, Kenzie Phillips, Tom Komisar, Alex Gottmann and Brandy Mason. The synopsis: “Spring break is here and the counselors at Pine Hills Summer Camp are getting the grounds ready for the upcoming summer season. While they set things up, joke around and poke around with each other, a mysterious girl shows up, weak and scared from a previous encounter with a creature that killed all her friends. Little do they know that something followed her to the camp and things are about to get slimy and bloody.”

Production company Concept Media and producer Chris Gierowski have once again teamed with sales agency Cyfuno Ventures, and according to the PR, they “plan to roll out the film with a more nuanced approach to help offset some of the absurdly high piracy figures that plagued the original film’s release.” The world premiere will take place later this year. 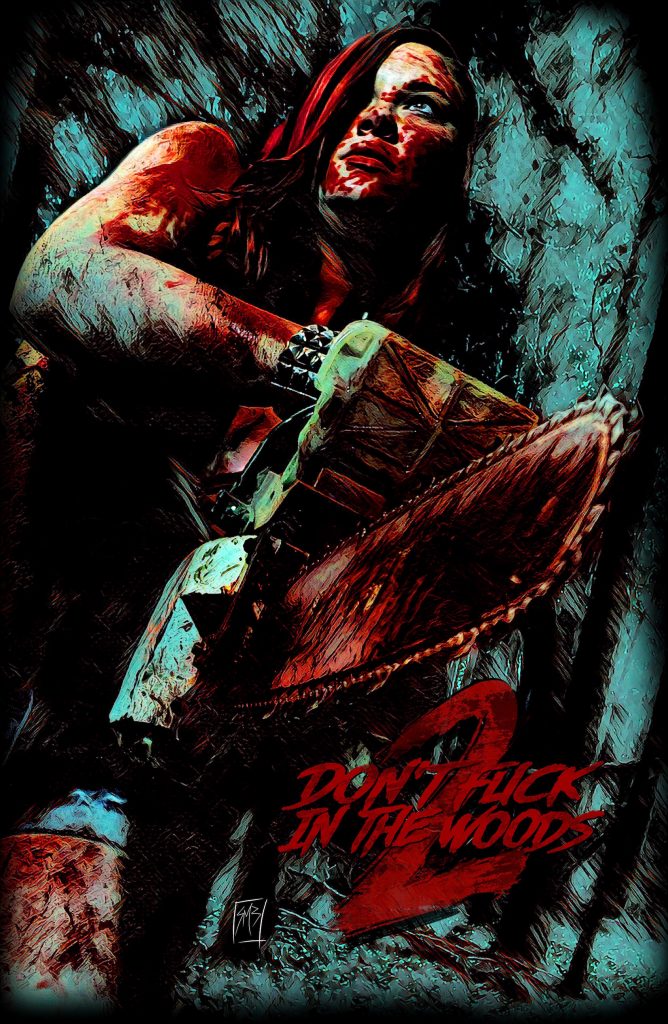