Neca just dropped bombshell news of a trio of upcoming horror figures which are sure to impress classic film fans everywhere. First up is an 8-inch “CAPTAIN BLAKE” from John Carpenter’s THE FOG set to release just in time for Halloween. This figure will feature a torn and tattered fabric clothing along with a sword that fits into a sheath at his belt. The resealable clam shell will feature artwork created just for this release. 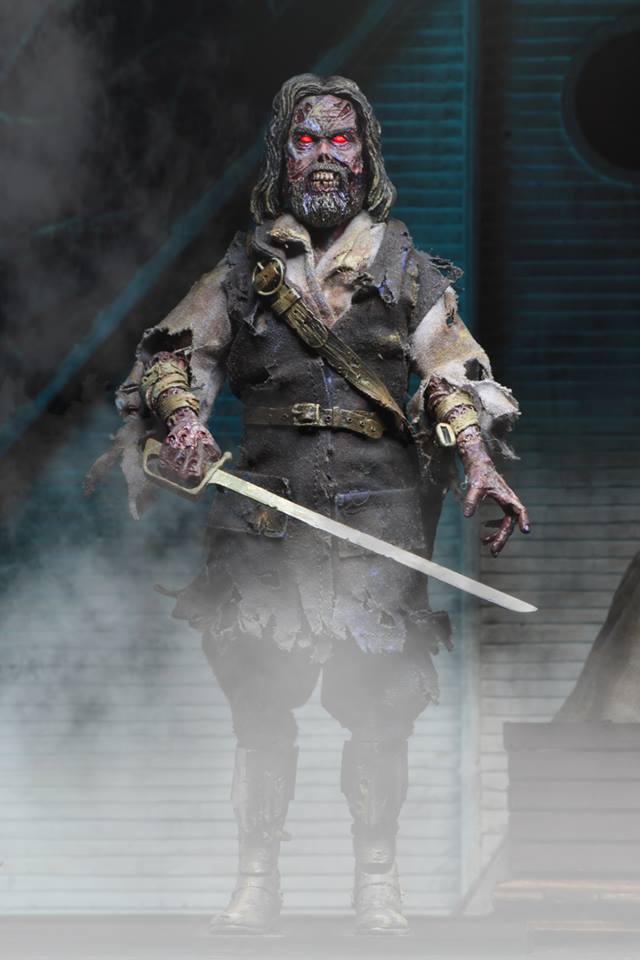 Following up will be a HERBERT WEST figure from Stuart Gordon’s 1985 cult classic RE-ANIMATOR. This 8-inch character is clothed in a lab coat, black pants, blue shirt and black tie. The sculpt of Herbert West’s head bears strong resemblance of actor Jeffery Combs from the film. Accessories for this figure include a bottle of reanimation reagent, syringe, bloody shovel, Rufus the cat, and a tray containing the severed head of Dr. Carl Hill. A resealable clam shell packaging will also be used to house this figure. Expect an August 2018 release date. 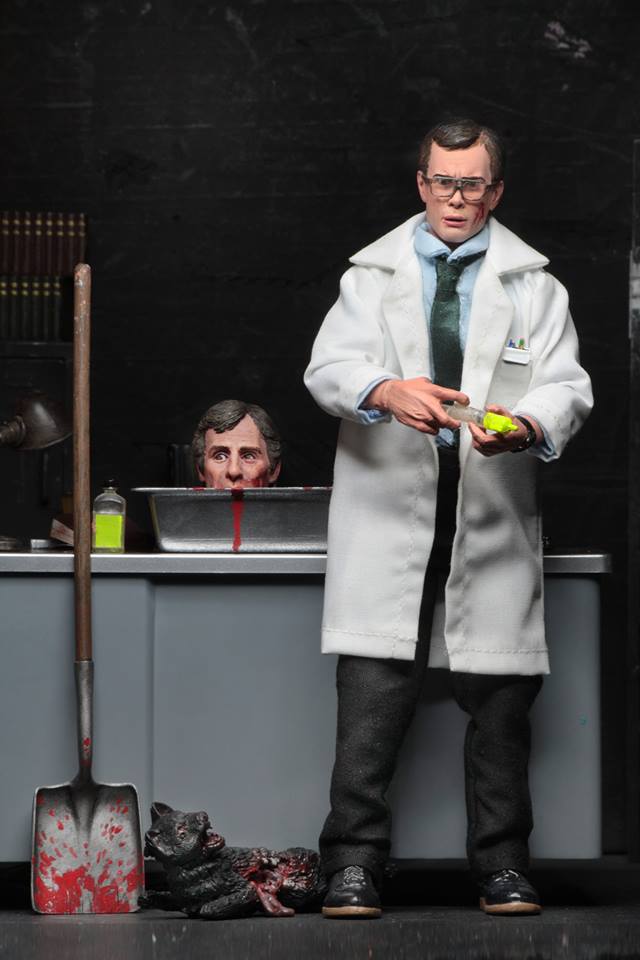 Last but certainly not least in Neca’s trio of clothed 8-inch figure releases is none other than Elm Street’s child killing nasty himself, FREDDY KRUEGER. This release concentrates on THE NIGHTMARE ON ELM STREET 3 movie, where Freddy at one point dons a tuxedo with his signature red and green striped-sweater colors on a bow tie and pocket square. A light up replicas of the “Elm Street house” is included as an accessory and, of course no Freddy figure would be complete without his trusty glove. Custom artwork created by Nathan Thomas Milliner will be used in the clam shell packaging. This figure is slated for release July 2018. 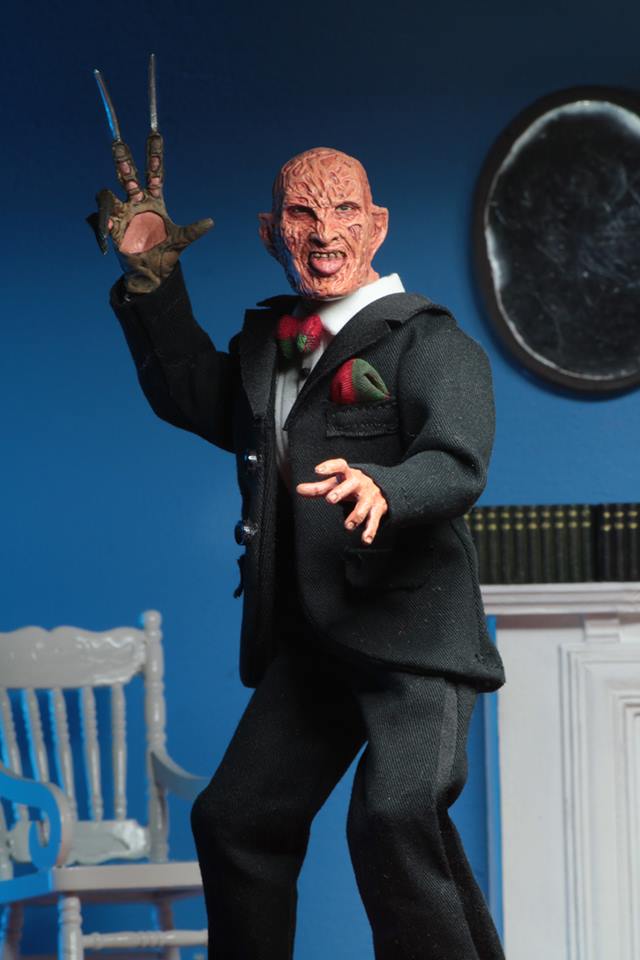 All three figures will be heavily articulated, though no word on pricing as yet, but expect them to fall in line with other similar figures in ever growing 8-inch clothed figure line.