Movie Review: “The Ranger” Brings 80s Terror Back to the Woods

Take only photographs, leave only footprints. Kill only time…

Hiking or camping in a National Park, standing at a trailhead or access point, you’ve probably seen a variation on that isocolon motto. Good advice, gently phrased, it’s a polite reminder that we should respect both our environment and each other. Hopefully, it inspires us to be better people.

The Ranger is a fun ’80s-throwback slasher flick wherein motto becomes misguided mission, and rules are held more sacred than human life. The titular, nameless protagonist is a west coast park warden with a by-the-book belief system that’s as old-school as his middle agedness. When a group of six young adults enters his park with the casual disregard of, well, youth — a conflict further compounded by the fact that they’re punks and he’s pure AM-radio — he cuts the kids down to size, spouting regulations like god’s own wrath. 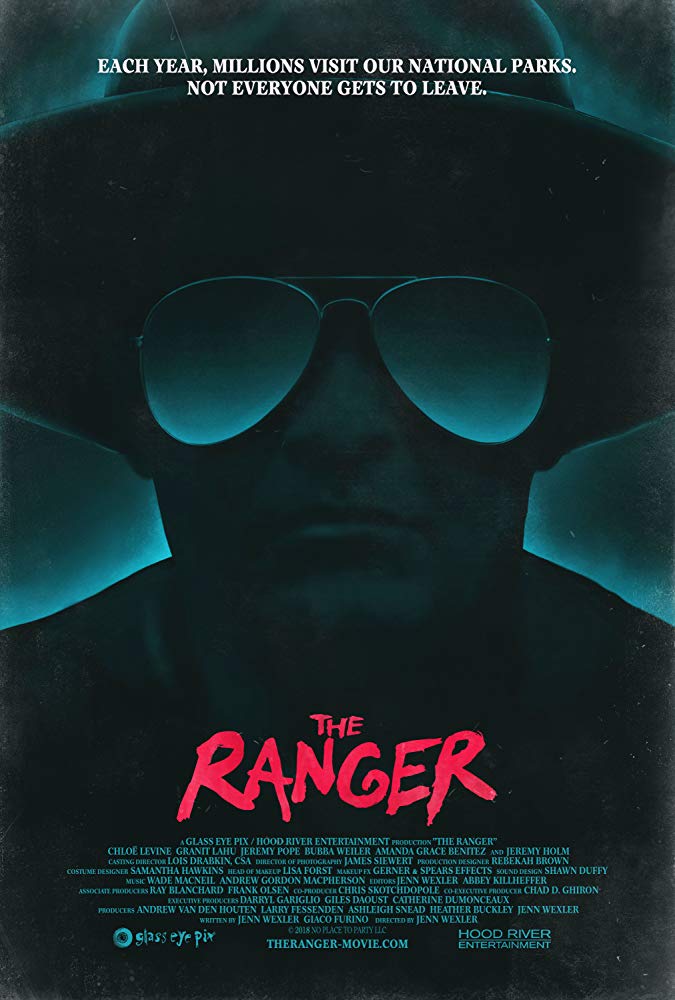 As slasher films go, if the range of this film was limited to the authority-gone-awry gimmick, it’d be enough to satisfy genre fans (see: Maniac Cop, Ice Cream Man, etc.). But beneath the big surprise you’re in for “if you go into the woods today…”, The Ranger is also a well-crafted look at the ripple effect of trauma, and the unreliable natures of identity and memory.

A notable character detail is that of the hero/final girl, Chelsea, a confident but confused social misfit. As the movie starts, she’s growing apart from her urban Californian peer group, but has no sense of direction herself. Her friends run afoul of the actual law (police, that is) and she suggests that they hole up in Blackwood Point National Park at her old family cabin — a place she’s avoided for almost two decades. Not merely a city mouse visiting the country, Chelsea subconsciously chooses to come home. 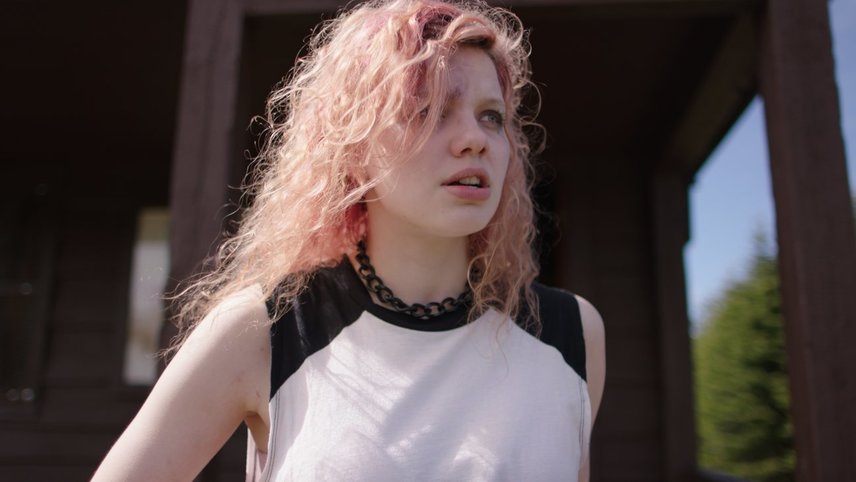 Also crucial is the role of the titular Ranger. Easily dismissed as your garden-variety serial slasher who quips as he kills (and looking/acting like Jon Hamm channeling Michael Shannon), he’s painted with complexity and humanity in the film’s opening scene: not just counselling but protecting child-age Chelsea in the aftermath of a yet-to-be-specified tragedy. He’s both authority and father figure, which significantly impacts his motivation for murdering her friends. Consider also that we never see the man attack any other individuals. Viewers understandably infer that these aren’t his first kills — but, are they?

There are further hidden depths to The Ranger. Interviewed at the 2018 Horrible Imaginings Film Festival, director/co-writer Jenn Wexler surprisingly but soundly cited the major influence of  Psycho, for “starting as a character-driven crime story then taking a hard left turn at the halfway point,” while producer Heather Buckley proudly cited the film’s deserved place in the pantheon of punk horror (see: Fear No Evil, The Return of the Living Dead, etc.): “Even in the script, these asshole kids sounded just like my friends. That’s how I knew they’d be believable.” This is absolutely true: Frankly, here, The Ranger resembles Green Room more than its aforementioned brethren. (Better still, Buckley promised both vinyl and cassette releases for the absolutely kick-ass soundtrack.)

Some tripping points restrict the movie to being a decent genre revival when it had the potential to be a stone-cold classic. Despite a promising introduction, the ranger becomes a one-note character who deserves better dialogue in the third act. As well, his inevitable confrontation with Chelsea threatens to be the best drugs-as-superpower finale since Universal Soldier but, unaccountably, the film seriously jacks up both its leads then carries on like nothing happened.

Ultimately, The Ranger succeeds because it has true heart. Once the full implications of the backstory are revealed, whether that heart is the ranger’s or Chelsea’s is for you to decide. Regardless, “kill only time” cannot apply to this movie, and horror’s better for it.