Movie Review: Best Friends Must Choose to Ride or Die in “THE FRIENDSHIP GAME”

“Win together or die alone” warns the slogan for Scooter Corkle’s cosmic horror film THE FRIENDSHIP GAME, the twisty storyline of which revolves around best friends Zooza/Susan (Peyton List), Rob (Brendan Meyer), Courtney “Court” (Kelcey Mawema), and Cotton (Kaitlyn Santa Juana), all of whom are being surveilled by the webcam-hacking middle schooler Kyle (Dylan Schombing). In the opening scene of THE FRIENDSHIP GAME, Cotton and Zooza discover an antique puzzle game at a local garage sale, promised by the seller to test the bonds of the players’ friendships, which can only be won by staying true to one’s friends. The young women, who are due to graduate high school later that year, take the puzzle back to Cotton’s house where they play the game with two other friends, Rob and Court. Kyle watches from within Cotton’s computer, unbeknownst to them all.

All the game demands from its players, simply enough, is for them to each place their fingers on the puzzle itself and confess their deepest desire for the others to hear. Then the group of friends must fight to survive the consequences of those wishes coming true. Screenwriter Damien Ober’s narrative unfolds in a circular configuration, bending time and reality around the players of ‘The Friendship Game.’ Director Scooter Corkle cites influences such as Coherence and It Follows, two contemporary films that also blend horror and sci-fi elements to destabilize their characters’ senses of time and space. 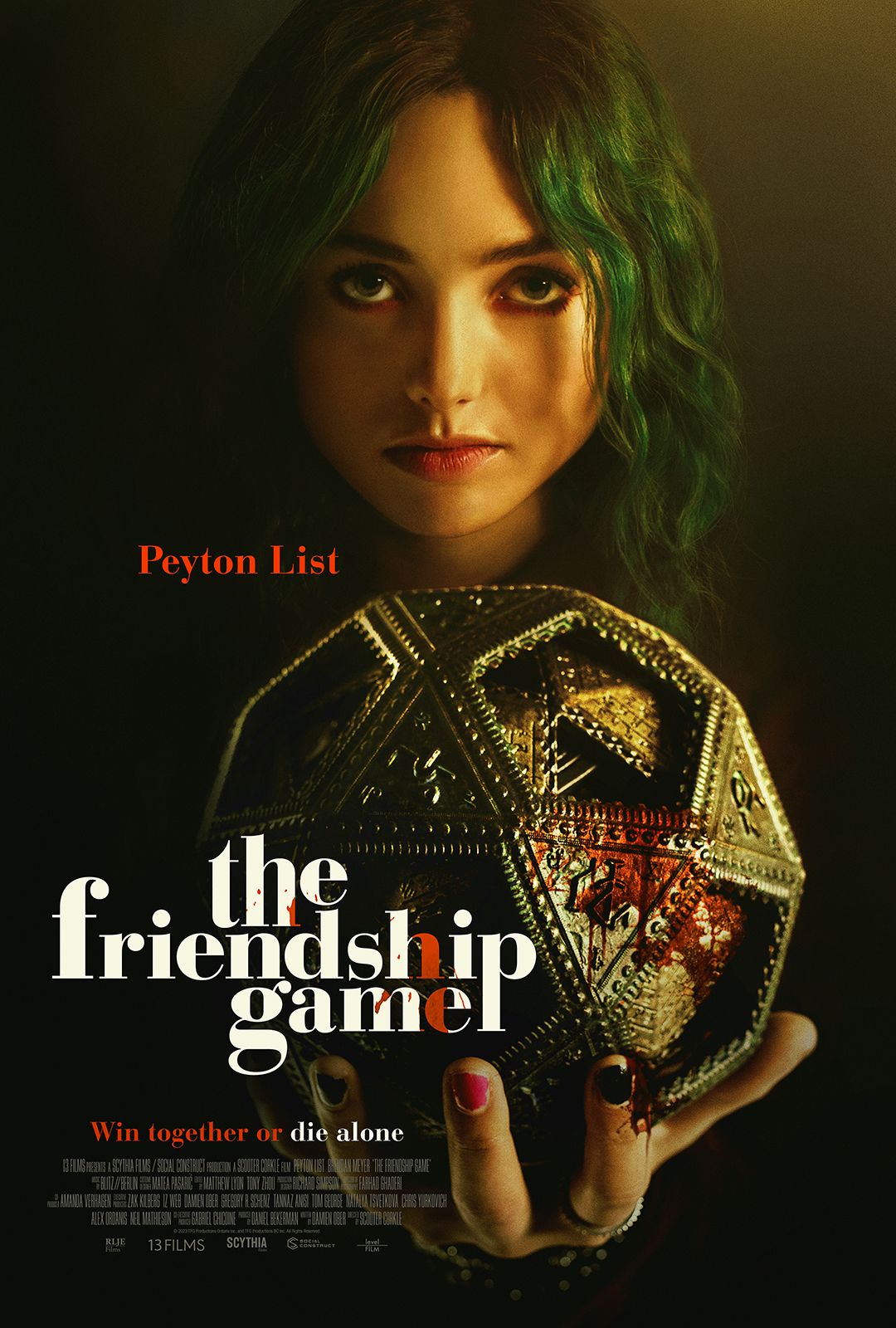 And while there is no denying THE FRIENDSHIP GAME’s visual callbacks to the puzzle box of the Hellraiser franchise, Corkle contends that those films were nonetheless a lesser influence. Instead, THE FRIENDSHIP GAME is a concise 87-minute puzzle game of a film – one that invites the audience’s confusion, rather than trying to assuage it. Despite its seemingly straightforward premise, THE FRIENDSHIP GAME is an unexpectedly surreal film that is abstract and experimental at times. The evil force behind the game is nebulous at best and appears able to infect anyone or anything in the player’s surroundings.

As impossible dreams come true for Court and Rob, Cotton and Zooza face the dark truth of having their deepest wishes made real. Trouble starts for the group after Cotton’s wish to leave town is granted, and she seems to disappear off the face of the Earth. Desires become betrayals as the friends struggle to weigh their own interests against one another’s, all while struggling not to give in to the puzzle’s evil mechanations. What begins as a nearly unintelligibly edited film spirals into an unnerving nightmare that attempts to reflect the deepest and darkest depths of the teen psyche, semi-successfully. THE FRIENDSHIP GAME exposes what its characters are willing to sacrifice for love and sex, freedom and independence, and achievement and success. Yet, THE FRIENDSHIP GAME’s underdeveloped plot is bolstered by the performances of its young stars. The central performances by List and Santa Juana are especially notable, the surety of which suggests that more than a bit of footage was left on the cutting room floor.

Check out THE FRIENDSHIP GAME for yourself, available on Digital and VOD as of November 11, 2022.