Blu-ray Review: 2003 Cult Classic “BLOOD OF THE CHUPACABRAS” is SOV Cryptid Carnage at its Finest

A movie needn’t be good to be a must-see and critiquing BLOOD OF THE CHUPACABRAS by the typical standards expected of a film in any genre will yield one failure after another. Johnathan Mumm’s 2003 nickel-and-dime creature feature is plagued by grainy visuals, a keyboard synth-infused soundtrack, subpar character development and commensurately bad acting. The storyline is disjointed, fielded by a cast of immeasurable size and rife with so many asinine details and incomprehensible plot holes that surviving its 85-minute run time will seem like a long shot for even the most hardened horror fans.

And it’s for all those reasons that you need to see this film. 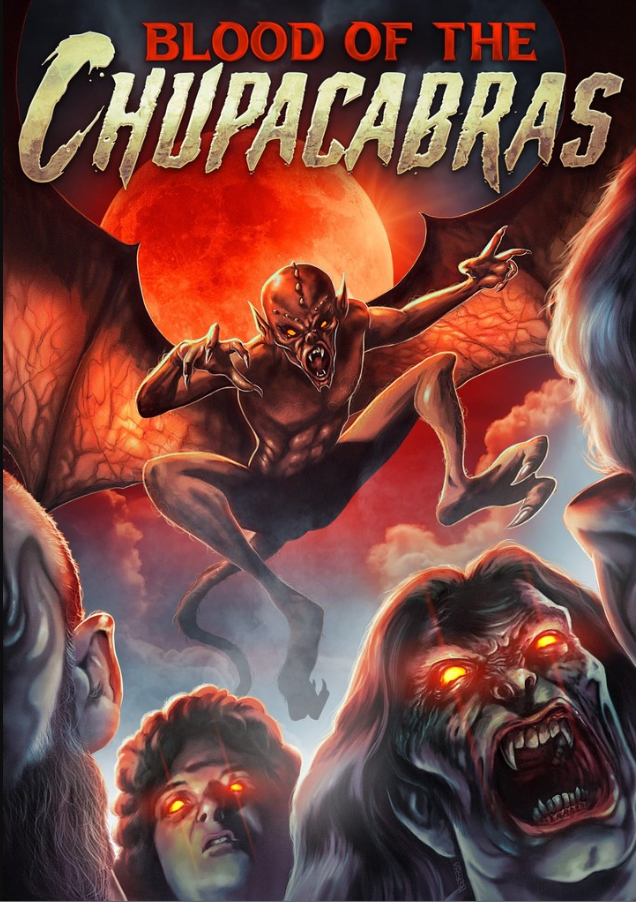 Visual Vengeance, distributor Wild Eye Releasing’s label devoted to the preservation of those shot-on-video (SOV) cult oddities of the ’90s and 2000s rolls out a double header to add to their already cryptid-crammed catalog of titles like Suburban Sasquatch and Moonchild. Much like the titles before it, BLOOD OF THE CHUPACABRAS is just one small part of the overall package that includes a poster, stickers, behind-the-scenes footage, commentaries and even the follow-up, Revenge of the Chupacabras. It’s through these archival reels of screenings and press interviews that you’ll get to meet Mumm himself, whose self-deprecating humor and recounts of making an ultra-low budget film embrace the plight of the indie creator. As a news reporter who decided to try his hand behind the camera, it’s hard not to appreciate the director and the stories of how his movies came to be. 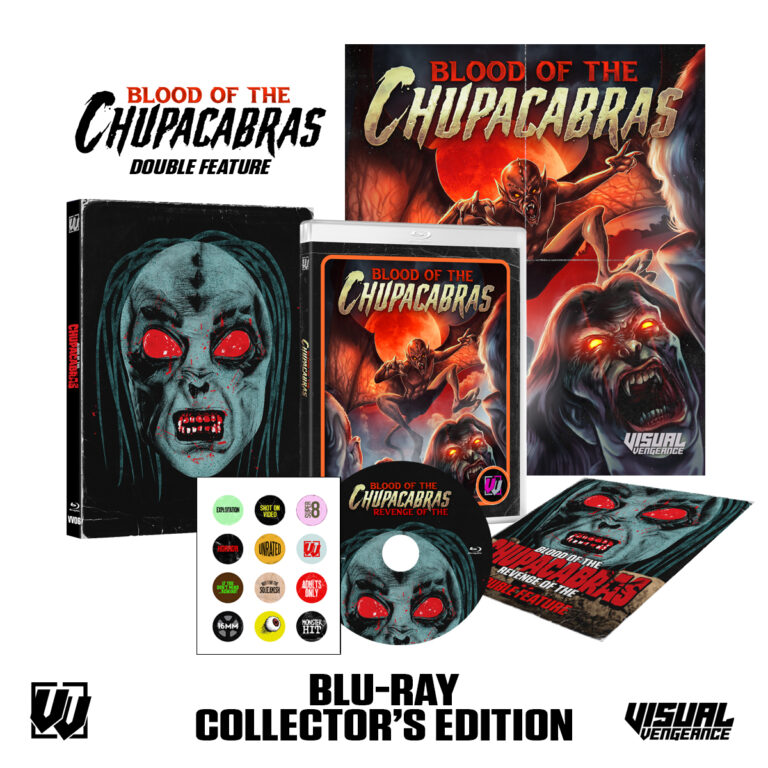 2003’s BLOOD OF THE CHUPACABRAS, shot for $3000 and absorbing nearly five years of Mumm’s life, interfuses several storylines into a singular narrative hodgepodge in which the epicenter is a clan of vampires. Again, that’s vampires, in a movie that has chupacabras in the title (although, to be fair, the original title was Bloodthirst). The cast of characters, which probably holds an unofficial record somewhere for the largest ensemble ever in an indie outing, is driven by desires for gold or front-page press. All roads lead to a local cavern and helmed by their own resident vampire hunter, they encounter swarms of the pasty-faced undead awash in some of the most primitive make-up effects ever filmed.

The shift to vampires instead of chupacabras (of which there is one on screen for no longer than a cup of coffee) accentuates Mumm’s ingenuity, as he creatively had to navigate the sort of obstacles that similar indie directors encounter far more often than they’d like. To hear Mumm tell it, a costume designer sold him what he believed would be a completed, screen-ready chupacabra head for $75. However, the neck opening was far too small, and when queried as to why, the creator stated that the mask was merely a mock-up. A larger version could be built with the director’s approval – and more of his money. Unwilling to absorb the cost, Mumm’s script was forced to shift out of necessity. This minimized the need for chupacabra visuals, with most executed with only the head used as a puppet or through rudimentary CGI effects when a full-body shot was required. 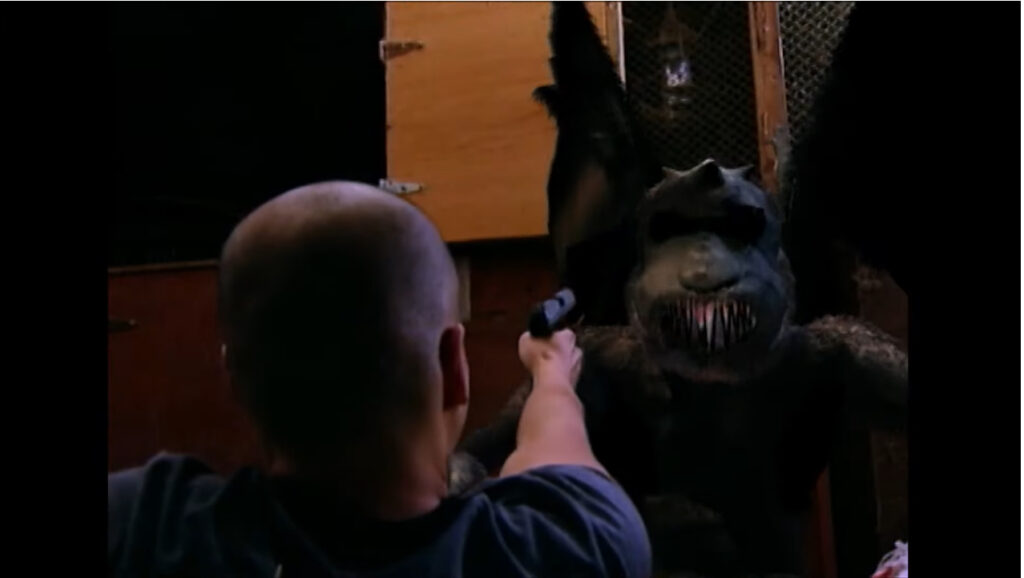 Finding out what viewers and critics thought upon release isn’t difficult, as online reviews live on, but apparently, it raked in enough cash to warrant a sequel. The original pulls a bait-and-switch with a malevolent creature on its poster. However, it’s nowhere to be found in the film. So when the distributor offered up more money to do Revenge of the Chupacabras two years later, the first thing Mumm did was make right on the promise of a wicked beast. And that’s exactly what filmgoers got … kind of. While the sequel is sans vamps and the cryptid is afforded more screen time, shoddy CGI effects break the mood. Although there is a chupacabra, a kidnapping plot takes front and center. Much like its predecessor, the sequel also comes with the standard bonus features: commentaries, behind-the-scenes shots, blooper reels, etc.

The overarching theme of Mumm’s revelations in the bonus materials is that he didn’t take the source material seriously and neither did he expect his audiences to. It’s not lost on him that a film about chupacabras starred cut-rate vampires; He just kept his chin up, reveled in the fact that he was making something and had fun doing it. BLOOD OF THE CHUPACABRAS barely crosses the threshold of what anyone would expect in terms of visual or audio representation. Yet, the fact that the movie was made at all for three grand in a period before crowdfunding or social media awareness is astounding. Mumm’s convictions led him to see that his projects were completed, even if they did take half a decade. 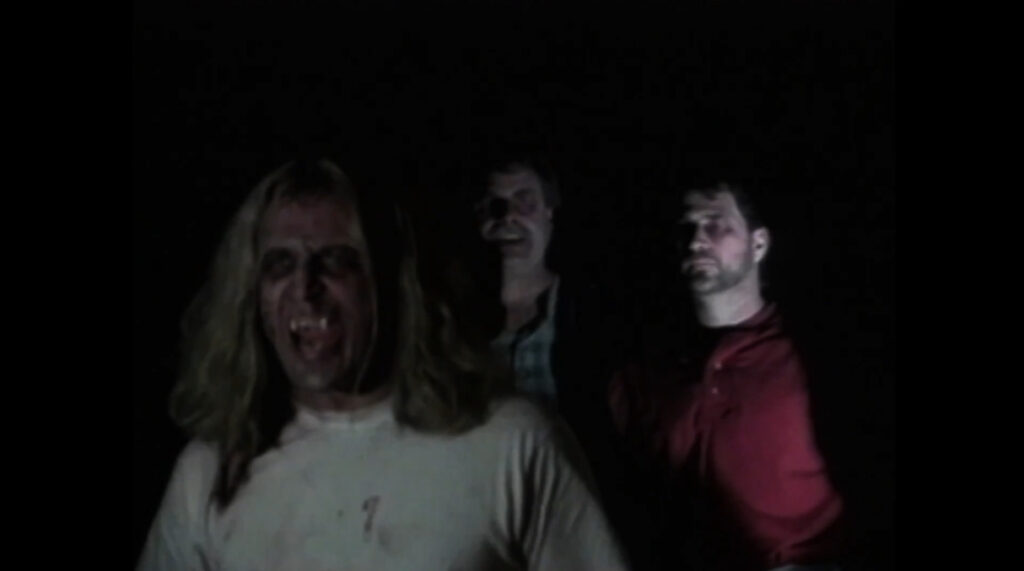 BLOOD OF THE CHUPACABRAS and its sequel were released at a time when brick-and-mortar video stores ruled. Indie titles were often unassumingly picked up by those who ritualized Friday night movie time, only to be forgotten about once the end credits rolled. The horror-informed found themselves lured in by the name recognition of well-known titles of the era. Who, outside of the most masochistic among us, would knowingly fork over the cash for something they’ve never heard of from an unfamiliar director when they could spend a weekend with 28 Days Later or House of 1000 Corpses? Watching the films would seemingly answer that question with a resounding “no one,” but fleshing out the entire experience through Visual Vengeance’s excellent presentation provides context that should endear Johnathan Mumm’s goatsuckers to those who missed them the first time around.

The BLOOD OF THE CHUPACABRAS Collector’s Edition Blu-ray is now available for purchase.