From actor Mark O’Brien (Ready or Not) comes slow-burn occult shocker THE RIGHTEOUS, which world premieres this month at Quebec’s 25th annual Fantasia Film Festival. Shot in the moody environs of Newfoundland, the film centers on a former priest and his wife who, while grieving the death of their child, are visited by a mysterious stranger who upends their lives. O’Brien writes, directs, and costars alongside Henry Czerny (Ready or Not) and Mimi Kuzyk (Hill Street Blues) in a film that Fantasia says is “destined to become a Canadian horror classic.” We caught up with O’Brien ahead of the festival to talk about the movie’s indelible setting, what it means to him to have his debut feature premiere at Fantasia, and unveil the film’s official poster. 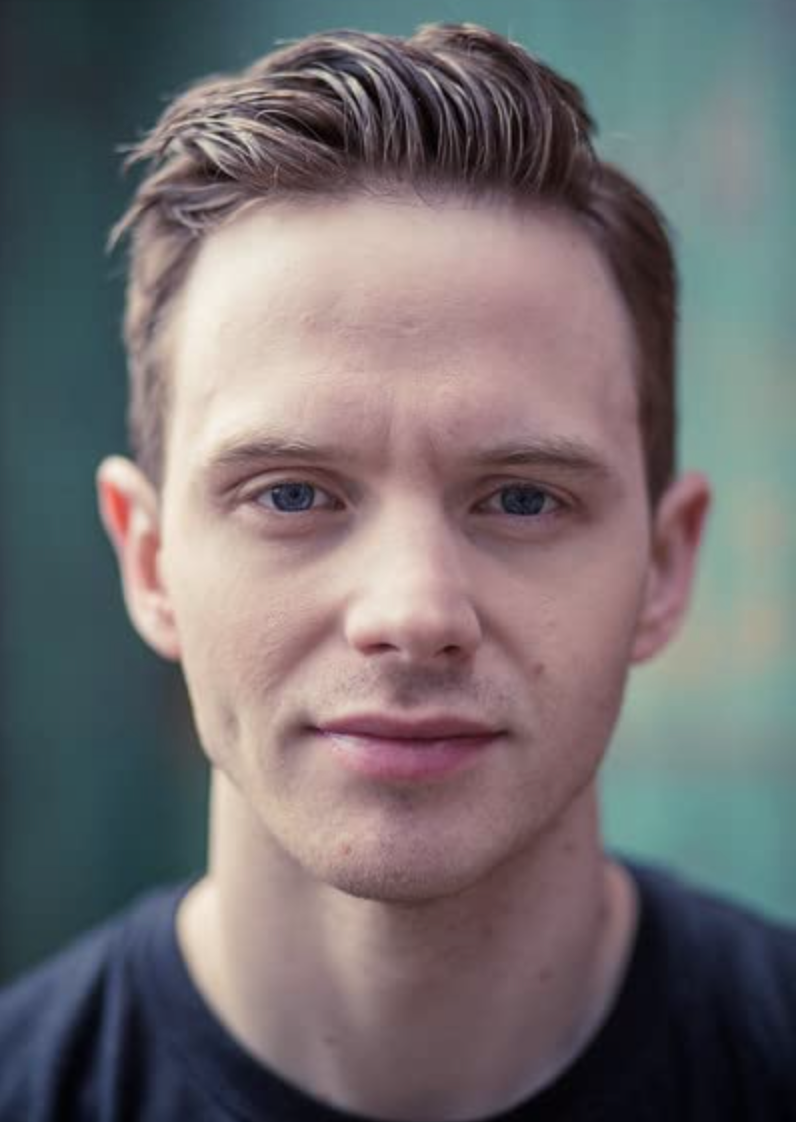 Having been born and raised in Newfoundland, what makes it the perfect setting for THE RIGHTEOUS?

I think inclement weather always adds a layer of mystery and uncertainty and Newfoundland has inclement weather in spades. The winds of Newfoundland are very distinct. It gets in your bones. It’s cold, it’s harsh, and any Newfoundlander will tell you it plays a role in our lives. This film is one that gets in your bones, so that aspect really appealed to me. Mystery or suspense can be accentuated by something like this. It’s that whoosh in the night and that chill underneath the skin. I didn’t want the province to play a role in a regionally specific way, but rather in a way in which its physical elements add to the story. All the images in my head are never specific to a location’s name, but rather the feel it gives, and growing up in Newfoundland has a very specific environmental feel. All this added to the fact I wanted to work with my friends at home.

Do you think that being Canadian gives you a unique perspective as a filmmaker?

I think wherever one is from will give them a unique perspective. I’m a proud Canadian and a proud Newfoundlander. Almost everything I’ve attained in my career is due to the arts community of Newfoundland and Labrador. With no experience whatsoever, I was encouraged to practice my craft because that’s what the arts community does there. It hones artistic creation, while also remaining humble. Most Newfoundland artists also tend to have more than one specific creative discipline. The gaffer on one film may be the sound recordist on the next and then she’s the lead in the next film. Making a film is a community-oriented endeavor. You can’t get the best out of your co-workers if you don’t understand their job. But when you’ve done all those jobs, you can relate, anticipate and collaborate. Therefore my perspective as a filmmaker is one that’s trying to understand the perspectives of everyone else.

You’ve directed various shorts and television episodes, but THE RIGHTEOUS is your debut feature. Can you tell us a bit about the development of the project?

I’d been looking forward to making my first feature film my entire life. But as anyone who’s tried it knows, it isn’t easy. Luckily I have a wonderful producer I work with named Mark O’Neill. He’s a terrifically hard worker and he believed in the project. We also had great support from the Newfoundland and Labrador Development Corporation. The wildest part of it all was that I was shooting a film in New Orleans when we were starting pre-production. Because of my shooting schedule, I could only come to Newfoundland for four days to prep THE RIGHTEOUS. Then I flew back to New Orleans for three weeks, then came back to Newfoundland, prepped for three more days and we started shooting. Seven days prep, total, spread out by four weeks. That was very intense, but it was actually a pretty smooth shoot.

You acted, starred in, and directed the film. Did this present any difficulties?

To be honest, I loved it. As an actor you can really set the tone for a scene by performing it with the other actors. It mitigates the amount of explanation necessary. It gave me more control over how I could accomplish this. And I don’t mean more control over others I was working with, but rather more control over how I was processing everything. Also, my character is so bizarre, I wouldn’t have known how to direct another actor to do it. I’m not that equipped as a director! So it was in sense, “quicker.” This is probably due to the fact that I had an idea for my character that I couldn’t quite put into words, to this day.

There’s a crisis of faith at the center of THE RIGHTEOUS. Is there an autobiographical element at play?

I went to church on Sunday like most kids I grew up with. I was never particularly religious, per se. There is nothing autobiographical in the film either. I wanted to tell a story about confrontation. Adding a religions element helped in the relating of this theme because there’s nothing more confrontational than a religious person’s complicated relationship with God. It’s the ultimate, the highest of stakes, and I also think we all want to believe in something. We all have some sort of “faith”, whether it’s religious or not. I’m also fascinated with the idea of committing to a faith, and then breaking that commitment, while trying to retain the faith. It happens everyday. The Ten Commandments are broken all the time by God-loving people. What are the consequences if you really believe? How do you right yourself with God? How do you unburden yourself? And how do you know if God will ever forgive you? And then, what does this do to you? To your soul?

Black and white photography seems to be in vogue for horror movies at the moment. What was your reasoning behind this stylistic choice? Were there any older films you looked to for inspiration and guidance?

The minute I started conceiving this story, I pictured it in black and white. It was always, to me, the only way to tell it. This film also is very much on a subconscious level, it has to exist in no time and place and that is much easier to achieve in black and white. There’s a mystery to black and white, an uncertainty. You can’t trust things as much because you have less understanding of them. I always feel like Henry Czerny’s character sees the world in black and white, but no ones else in the film does. It’s because he’s plagued. We shot native black and white – as in, our monitor displayed black and white. No real challenges. I rewatched all the films that had subconsciously inspired me: The Passion of Joan of Arc, Vampyr, Winter Light, Ida, The Night of the Hunter, Day of Wrath.

Do you consider yourself a horror fan?

I never used to be. Something switched in the past few years and now I can’t seem to get enough. I think it’s because horror can really grab you easier than other genres. Dread is entertaining. The idea of the thing is always scarier than the thing. I really admire films like The Wicker Man and Don’t Look Now or Rosemary’s Baby because they give you a real-life scenario and they hold back the gratuitousness, creating a much more lasting effect. I think it’s easier to make a comment in horror.

Everything David Cronenberg has ever touched. His son is doing some pretty great stuff right now too. And of course Pontypool, not only because it’s great but my wife is in it and Bruce MacDonald is a good friend. Some more good friends here – Adam MacDonald’s Backcountry and recently, The Witch (produced by Dan Bekerman). And of course, The Changeling.

What does it mean to you to have your film premiering at Fantasia?

It means everything to me. I’ve adored this festival for so long. I’ve been in a few films at Fantasia. Parallel in 2017 I believe and Ready or Not in 2019. It’s such an exciting festival with so much life to it. Mostly, I just love how celebratory this festival is about movies. You feel that excitement. There’s no ego about this festival. It feels about film, the way I feel about film – ravenous!

What do you hope audiences take away from THE RIGHTEOUS?

I hope each and every audience member takes away something different from this film, that’s unique to them.

THE RIGHTEOUS will hold its world premiere at the Fantasia International Film Festival on Sunday, August 15th, 2021. For ticketing information, please visit the event website. 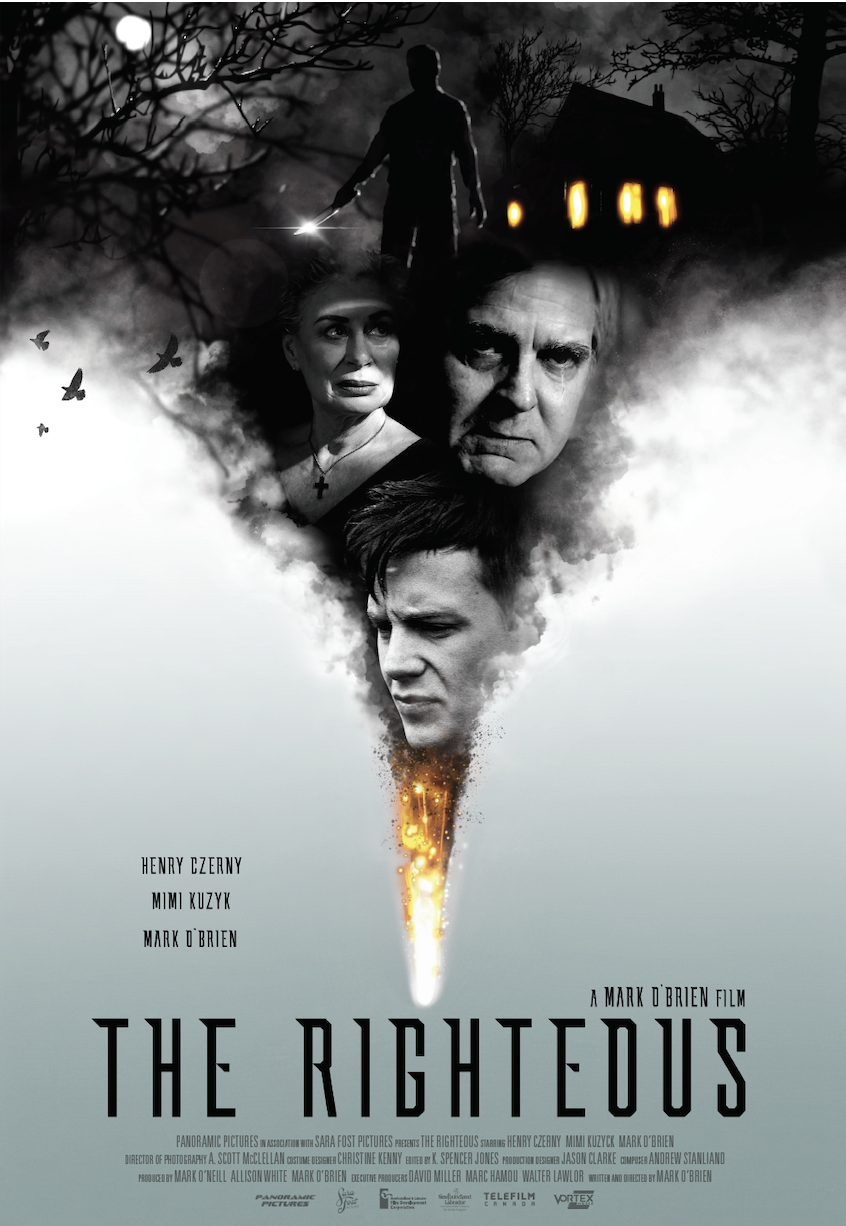