Listening to the Tapes: “SESSION 9” and Archival Horror

If you’re a horror fan, no doubt you’ve come across it. But perhaps, we don’t give it the attention it deserves. Maybe because it’s been such an ever-present part of the genre, it seems like a part of the background, a plot device and nothing more. What am I talking about? I’m talking about the archive. And in this new monthly column, I’ll be your guide as we revisit some films and TV shows that I like to think make up a sub-genre of their own: archival horror. With the recent release of Netflix’s Archive 81 what better time to sign in at the desk, open those filing cabinets, wind back the micro-fiche, and, yes, listen to the tapes as we unlock some hidden mysteries. 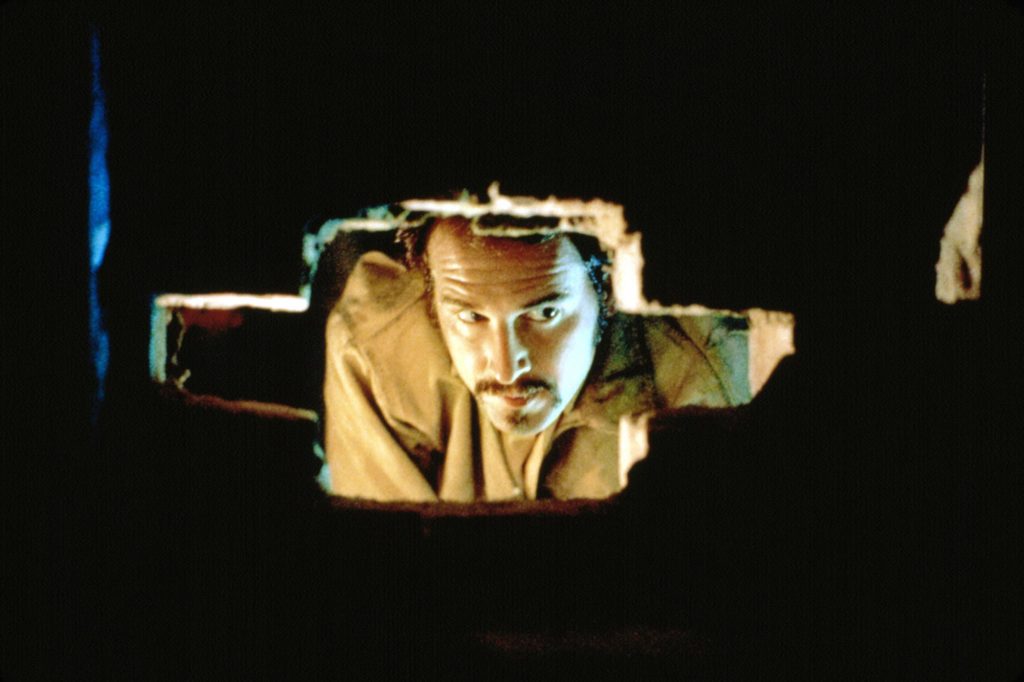 Brad Anderson’s 2001 film, Session 9, follows Gordon Fleming (Peter Mullan) and his small crew of asbestos removers as they clean up an abandoned mental asylum. During the clean-up, Mike (Stephen Gevedon), a former law student, stumbles on a stash of nine audiotapes – recorded therapy sessions between former patient Mary Hobbes and her doctor. They relay the psychiatrist’s attempts to uncover the truth behind the murder of Mary’s family decades earlier. Because Mary suffers from dissociative identity disorder, we hear a number of distinct personalities and voices on the tapes, including the malevolent “Simon.” Since entering the hospital, it appears Gordon has also been hearing “Simon,” and that spells disaster for his family and his workmates.

The story of domestic disturbance on the tapes is a key of sorts to what is happening to the crew. Throughout the film, we feel the oppressive atmosphere of the asylum through eerie shots of leftover medical equipment such as water baths, electroshock therapy machines, and lobotomy needles. Because the fate of these former residents is unknown, the voice on the tapes becomes ghostly. We are “hearing voices” along with Gordon. The asylum “speaks” through the archive. Institutional practices, it seems, have an afterlife all their own that lives on in paper trails and in the residue of buildings. Along with the “official” archive, the photos and newspaper clippings glued to the walls of patient rooms are a more personal, messy archive.

Filmed on location at the abandoned Danvers State Mental Hospital in Massachusetts, Session 9 channels the real-life horrors and cruel conditions of historical mental institutions. Multiple shots from above make it clear that the facility is concealed by trees and kept away from the neighboring town. Mental illness is pushed, in this case literally, to the margins of society. The film highlights how hiding away and repressing those sides of human experience we wish to ignore can be dangerous. 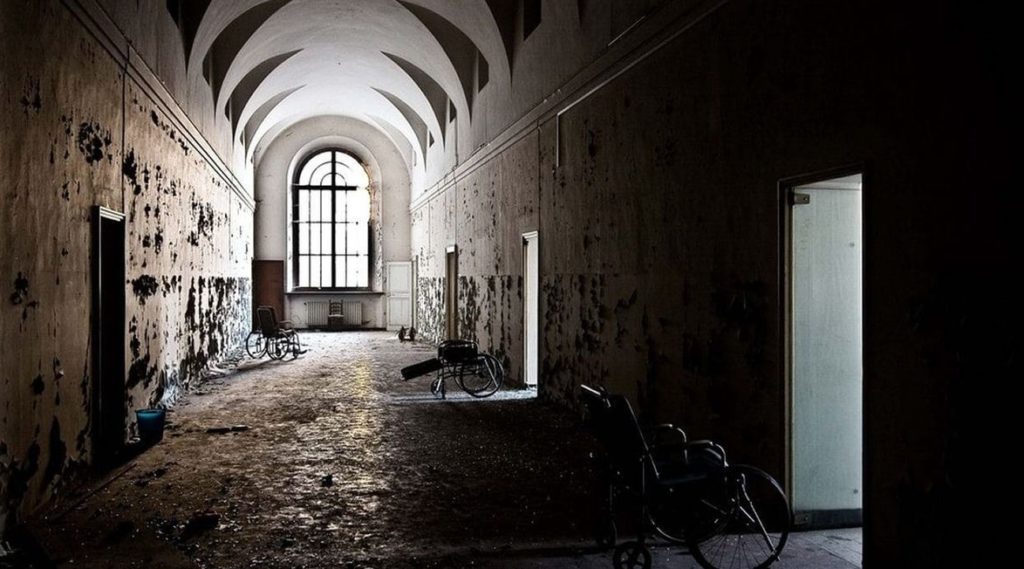 An archive is a form of collective memory, but it can also act as a return of the repressed. What was hidden or lost comes back to haunt us. Both “Simon” and Gordon demonstrate just how dangerous repressing the archive of memory is. Archives, even with the best of intentions, are just as much about exclusion as inclusion. Session 9 asks us to consider who gets to decide what makes it into the archive and what (or who) is forgotten? The tapes are an instrument of institutional power, but they can also be used to confront power with uncomfortable truths. Secrets haunt us; They linger like contaminating dust – like a malignant entity waiting to take possession and wreak havoc.