From The Exorcist, to Poltergeist and beyond, Shudder’s new docu-series, CURSED FILMS peels back the layers of myth surrounding some of your favorite fright flicks. Though the deaths, tragedies, and controversies, surrounding movies like The Crow and Twilight Zone: The Movie are well-documented, CURSED FILMS puts a human face on the legends: seeking to unearth a beating heart beneath all the creepy factoids. Canadian filmmaker Jay Cheel (Beauty Day, How to Build a Time Machine) chatted with Rue Morgue about his geekiest fan moments, how he got candid interviews out of some of the genre’s biggest stars, and just what goes in to making a documentary that looks great and delivers the goods.

What drew you to working in documentaries?

I’ve always been interested in docs. I’m a big fan, and I really enjoy the process, because it’s a challenge trying to put together a narrative out of reality and not have it feel like it’s too constructed or dipping into reality TV territory. I’ve been lucky enough to do a bunch of projects that were about people that fascinated me, that I got along with really well, and have remained friends with since completing those projects. So, it’s been a personally enriching, very positive experience. And being a genre fan, I also like the challenge of pulling some of my genre influences into my documentary filmmaking. It’s always fun to try to combine those two worlds in a way that makes sense. 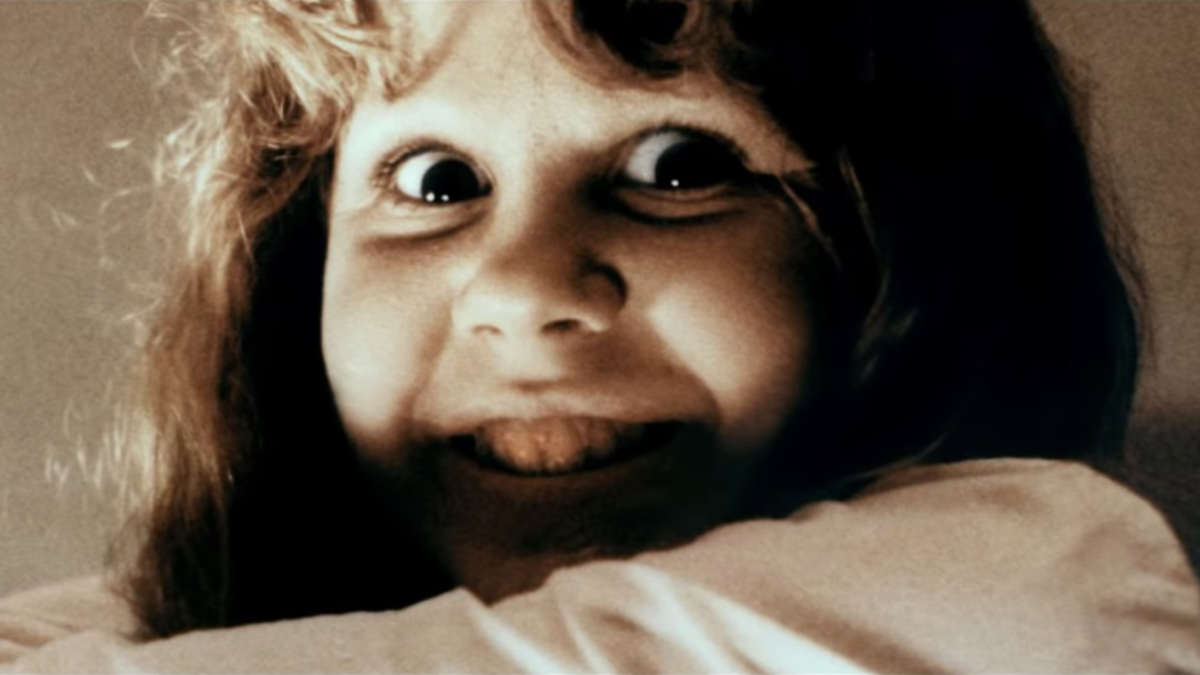 How did the idea behind CURSED FILMS originate?

Shudder originally came up with the concept, approached me, and asked me to pitch my version of the show to them. Obviously, on the internet, there’s tons of listicles talking about the top ten most cursed films, and there have been E! True Hollywood Story documentaries made about them. So, the challenge was trying to figure out a fresh angle. It was an opportunity to approach the cursed legends in a way where we examined why we find them so fascinating, and how horror films kind of prime us for this sort of supernatural thinking. I also wanted to approach the interview subjects with the opportunity to be completely honest about their feelings, because I feel like when they’re interviewed about this stuff, there’s usually an angle that the show or the article is attempting to take that leans toward the supernatural when it isn’t the truth.

A fair chunk of CURSED FILMS seems to be about how horror fans love to mythologize our favorite movies, and, in doing so, how we often lose the humanity of those involved in making them. Was that something you set out to grapple with early on, or did it emerge organically during the production process?

We set out to deal with that very generally. The episode on Twilight Zone: The Movie, for example, was really dictated by [Art Director] Richard Sawyer’s retelling of his experience on that production. And the overall tone of the show is designed to match his experience. By the time you get to that episode, I think it does kind of at least acknowledge how potentially troubling it is to perpetuate some of these stories without considering the realities behind them. Poltergeist is another perfect example. The idea of human remains cursing the [fictional] Freeling family kind of mirrors the supposed curse of the film production, itself. I think, as horror fans, there’s something exciting about that…the idea of the story sort of seeping off of the screen into reality. There were definitely aspects of that that we were interested in going into the project, but I don’t think we really thought it would get as emotionally raw as it does. And that’s all from just taking the lead of the people that I interviewed. 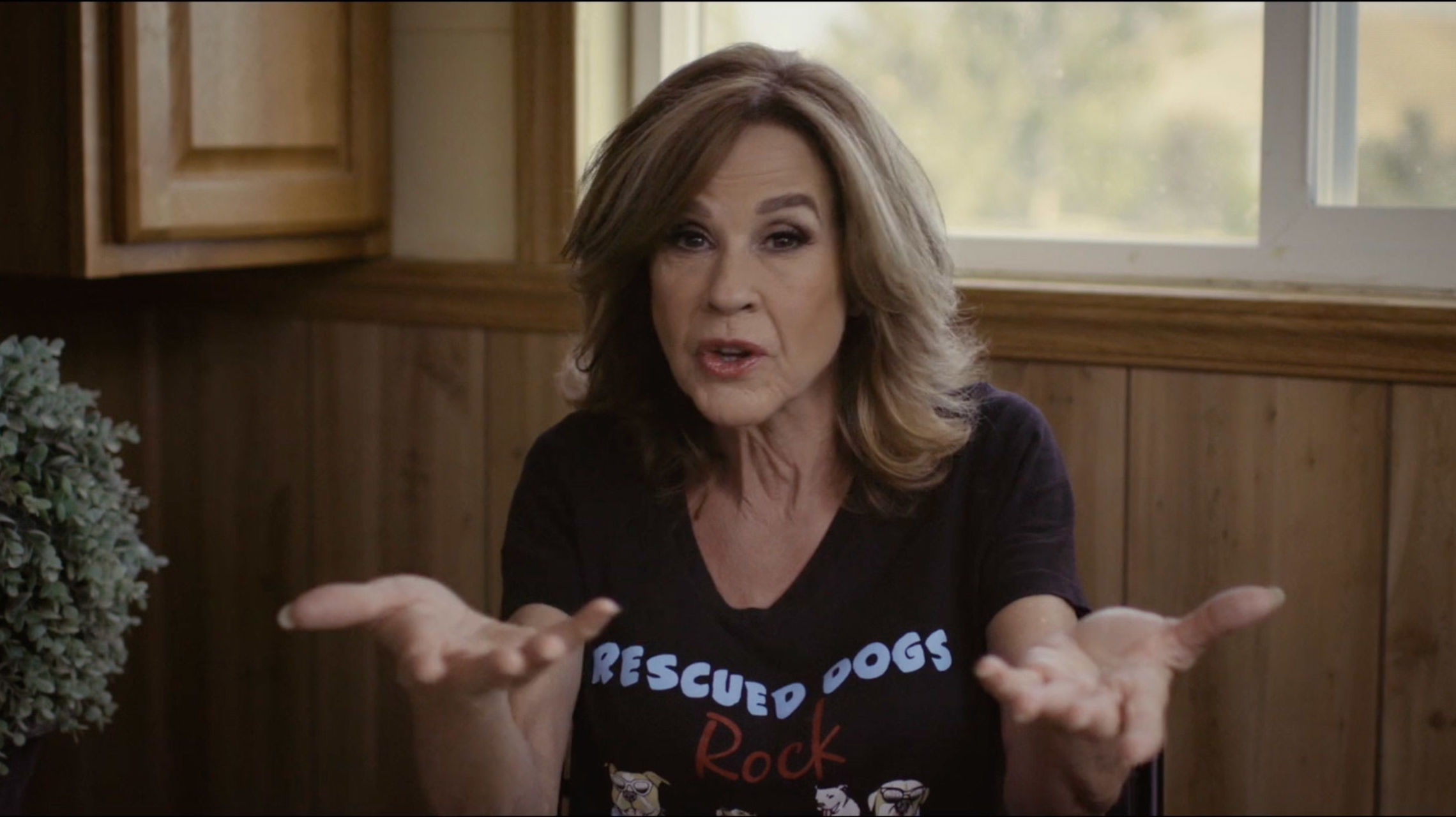 You got to sit down with some big name horror legends like Linda Blair and Michael Berryman. Were any of your interview subjects wary of doing a documentary series on such potentially exploitative material?

Well, Craig Reardon, who was the special makeup effects artist on Poltergeist, had already taken part in the E! True Hollywood Story about the film’s supposed curse and felt that they had misrepresented him. He’s dealt with this whole legend of him having used real skeletons on the set for an effect and people connecting that to the deaths of Heather O’Rourke and Dominique Dunn forever. That’s kind of followed him, and he’s a very logical, rational person, so he finds that whole thing personally offensive. So, when I reached out to him asking him to take part in a show called CURSED FILMS, his initial response was to…he actually threatened to sue me personally if we even mentioned his name in the show. So, I had to follow up that email explaining what the intent of the series was, and basically telling him that everything that he had ranted about in his email reply to me was exactly what I was interested in talking to him about. That caught his attention! I sent him some of my previous work and he eventually understood what my perspective was and felt comfortable enough to take part in it. And his interview is one of the best.

Though consisting of five self-contained episodes, CURSED FILMS doesn’t necessarily feel “episodic” in the way that most documentary series do. It really adds to its watchability.

Well, that’s great! I can imagine someone picking and choosing which ones they watch based on which films resonate with them, but it’s really intended to lead towards that final Twilight Zone episode. What we learn in the earlier episodes is supposed to color the rest of the series, and even though it’s very episodic, there is something that connects all of them together. Each episode works as a chapter in a bigger feature that leads towards a certain thematic or narrative arc that’s attempting to say something. It still works if someone wants to casually dip in and watch an episode here and there, but it delivers some additional impact if you’re watching it from beginning to end in the appropriate order. I guess that’s probably coming from my feature film background, I think, which is just a totally different way of telling a story. 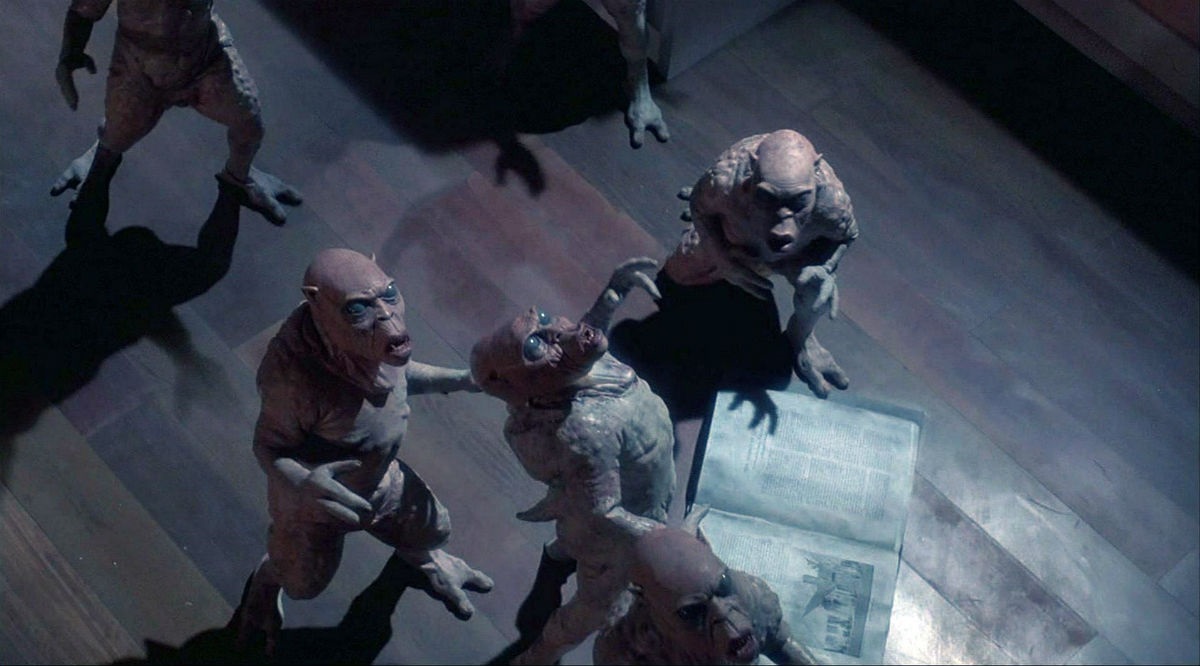 In addition to the choice interview material, CURSED FILMS has a great “look.” how would you define your filmmaking aesthetic?

To be honest, I don’t really think about it too much. I like symmetry. I like considered composition and lighting that’s natural, but still feels dynamic and cinematic. With a documentary, oftentimes it just feels as if it’s some sort of information delivery device and not a film or not “cinema.” We certainly didn’t storyboard anything, but I would collect some examples of other films to point to for potential inspiration for a look, and usually they weren’t documentaries. I just kind of go with whatever instinctively I feel is the appropriate thing to do in the moment. We’re often doing interviews in locations we haven’t even seen up until the moment we arrive, so it’s a lot of improvising and making the best of some really challenging situations. And again, getting to why I’ve worked in documentary for so long, I think I enjoy that challenge, as well. Trying to figure out how to make a location work and how to make something look as nice and considered as possible.

As a horror fan, were there any moments on set that had you geeking out?

Well, again, Craig Reardon. He’s worked on so many interesting projects, including The Gate, which I’m a big fan of. During filming, he invited us to his place for dinner. And when I arrived he had one of the heads of the minions from that movie on his table, which was amazing! That, for me, was probably the biggest geek-out moment just because I have a weird connection to that film because Louis Tripp, who plays Terry in The Gate, is from St. Catherines where I grew up [in the Niagara region.] And I remember being in, like, grade three and the teacher brought the local newspaper to the class and showed us the front page with Louis Tripp celebrating the release of this film before I saw it at the drive-in. I have all of these weird hometown connections, and it’s always been a favorite of mine So, to see one of those minion heads in person was a big moment for me. Also, I think one of my earliest memories is seeing Twilight Zone: The Movie, and the prologue when Dan Aykroyd turns into that weird creature thing in the car, the memory of that scene has stuck with me ever since then. And then finding out that Craig Reardon did the makeup in that scene as well…it was such a weird full circle.

Yeah! And also, interviewing Eileen Dietz  and knowing that her face is the face of Pazuzu in The Exorcist, which is one of the most terrifying images in cinema. So, sitting across from her and just imaging that makeup on her and kind of seeing the face in her face. She’s such a nice lady, but she is at the core of all of my nightmares!

What about CURSED FILMS makes you proudest?

The interviews that have affected people. Just being able to, first off, convince these people to take part, and then…I like to keep our crews extremely small and keep things as intimate as possible and try to connect with the people that I’m interviewing. I’m proud of the results of that. How so many of these people felt comfortable enough to open up about some things that I’m sure were not easy to talk about, and to do so in such an honest manner. I think that’s kind of the big takeaway from the show for me: the honesty of the interviews and how we’re offering a new perspective on films that we all feel so connected to.

CURSED FILMS is available to stream now on Shudder. 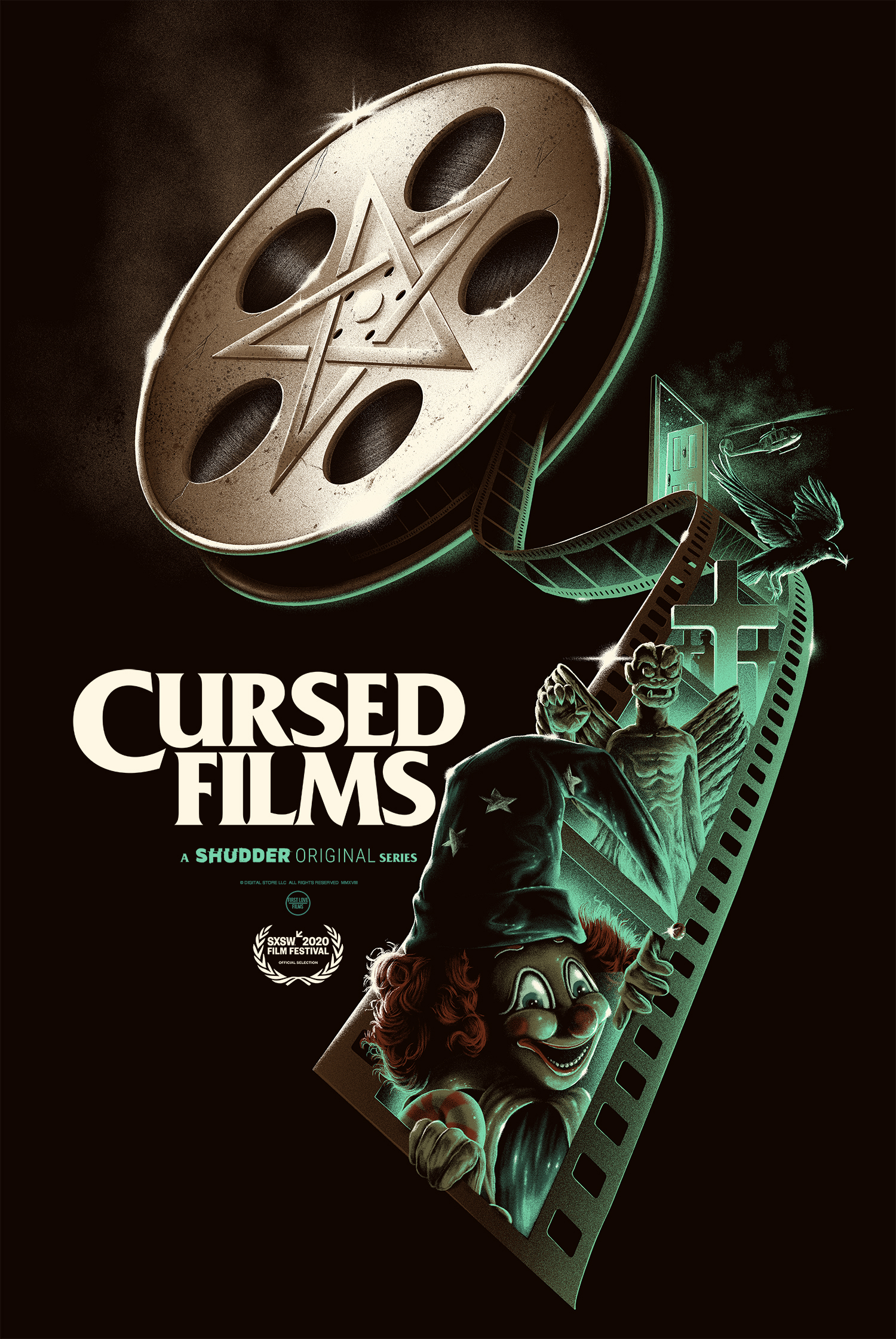