Everything from demons to giant robots to stop-motion creations to the ever-popular evil clowns run riot through this preview.

An impressive array of monsters and menaces are showcased in ASYLUM: TWISTED HORROR AND FANTASY TALES, coming to VOD November 17 from Red Hound Films. Produced by Nicolas Onetti (also the movie’s creative director) and Michael Kraetzer, it was written by Guillermo Lockhart and Mauro Croche and stars Raymond Lee, Sam Jaeger, Itziar Castro, Bruno Giacobbe, Clara Kovacic, Cristian Majolo. The synopsis: “Brandon prepares to give his last standup comedy show. That evening as his stories and jokes pass, he realizes that these stories have a strong relationship with his past…much more than he imagined.”

The segments and filmmakers are: 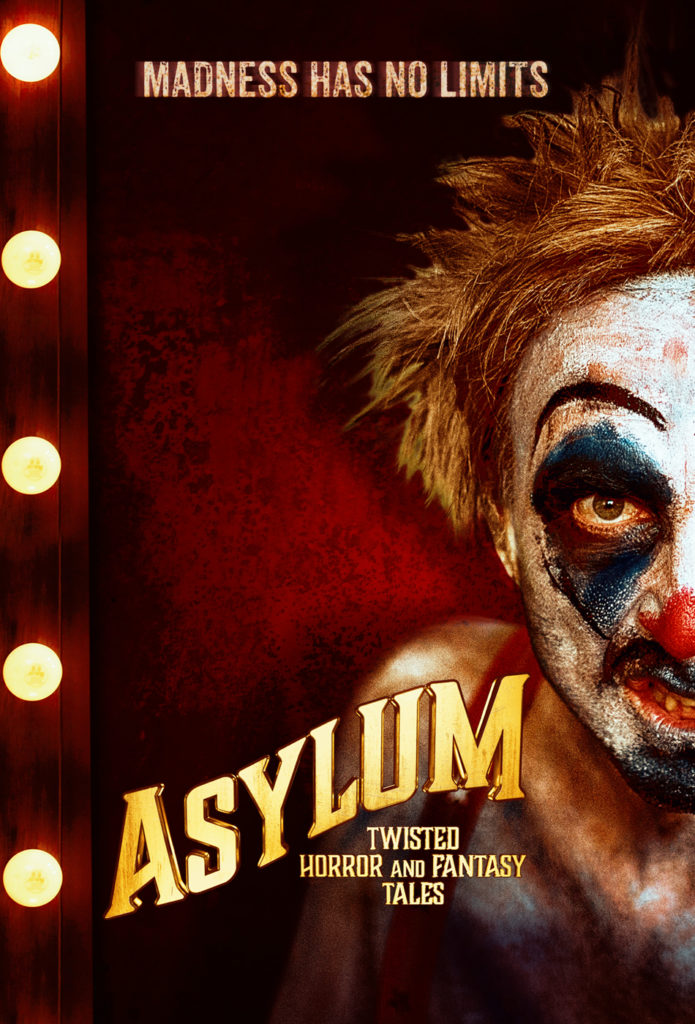