The resurrection of Christ is a scientific process with sinister motivations this time.

Third Day Productions has announced that it will release THE DEVIL CONSPIRACY in over 1,000 theaters January 13, 2023, with Samuel Goldwyn Films bringing it to digital platforms later next year. Directed by Nathan Frankowski from a script by producer Ed Alan, it stars Alice Orr-Ewing, Joe Doyle, Eveline Hall, Peter Mensah (JASON X), Joe Anderson (THE CRAZIES), Brian Caspe and James Faulkner. The synopsis: “A powerful biotech company has breakthrough technology allowing them to clone history’s most influential people with just a few fragments of DNA. Behind this company is a cabal of Satanists that steals the shroud of Christ, putting them in possession of Jesus’ DNA. The clone will serve as the ultimate offering to the devil. Archangel Michael comes to earth and will stop at nothing to end the devil’s conspiracy.”

“Ed Alan and I are excited to be partnering with iconic Samuel Goldwyn,” Frankowski says. “Our film is a thrill ride with epic ramifications which fits perfectly with Peter Goldwyn’s talent for finding audiences.” Adds Peter Goldwyn, “We are excited to bring THE DEVIL CONSPIRACY to filmgoers next year. We think audiences will love this thrilling and epic depiction of the battle between heaven and hell.” 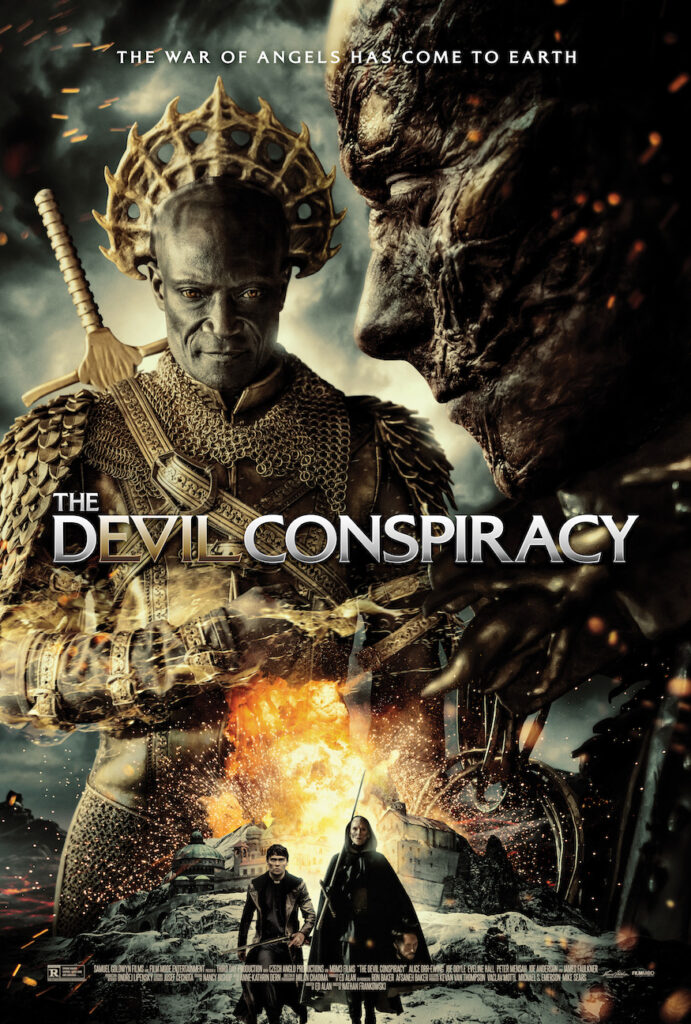