The two indie outfits have unveiled the preview for 13 SLAYS TILL X-MAS, (go here for our previous report on the movie including exclusive comments). Produced by VOLUMES OF BLOOD’s P.J. Starks and Eric Huskisson, it features segments directed by both of them as well as Brittany Blanton, Sean Blevins, Jed Brian, Shawn Burkett, William Capps, Alex Clark, John Hale, Blair Hoyle, Robert Kern III, Carlos Omar De Leon, Drew Marvick, John Mason and Julie Streble. The cast includes Jay Woolston, Christopher Bower, Kevin Roach, Katie Stewart, Jason Crowe, David E. McMahon, Alyssa Rhoads and Wes Bartlett. The synopsis: “On December 24, five seemingly random men are invited to a dive bar by a mysterious e-mail. They decide to pass the time by resurrecting the old tradition of telling scary stories on Christmas Eve. As each take turns spinning yarns of yuletide terror, it becomes evident, they may be harboring a dark and deadly secret.” 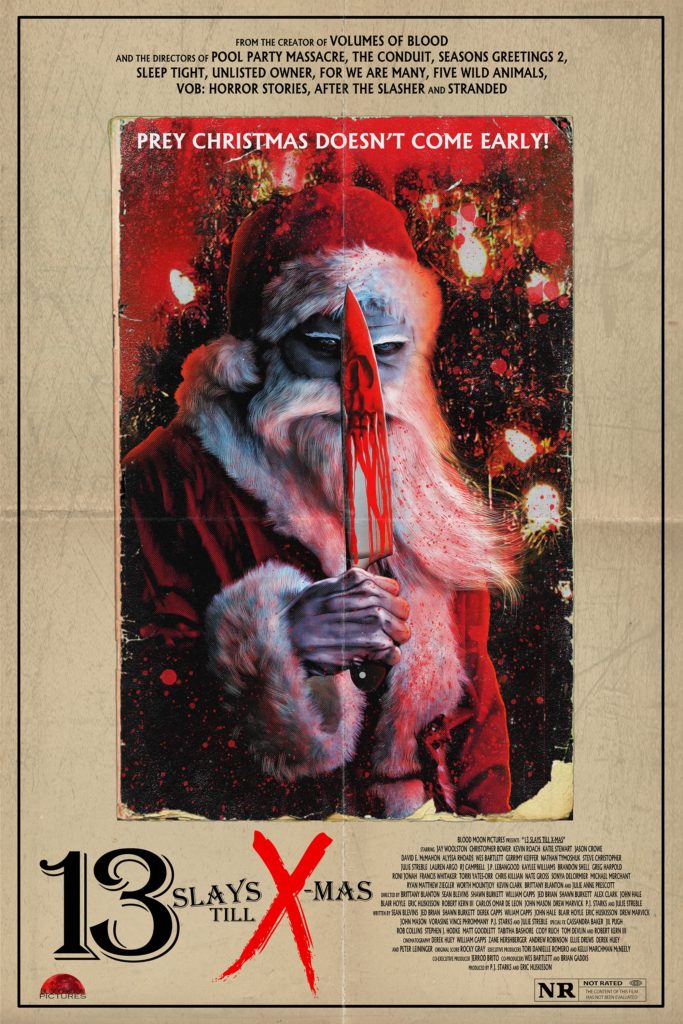