Larry Joachim of Trans-Continental Film Corp. commissioned this painting from artist Marcus Boas in 1979, intending to use the art on the U.S. one-sheet poster for the New York opening of CANNIBAL HOLOCAUST — but the design was deemed too graphic and shocking by theater owners. It wasn’t until later that Deodato’s film debuted in U.S. theaters, with a different poster design. Grindhouse Releasing saw this incredible painting and is featuring it on a new line of official CANNIBAL HOLOCAUST merch including T-shirts, hoodies, banners, and more!

The collection will be available starting the week of November 1st, 2020 on the Grindhouse Releasing website at shop.grindhousereleasing.com 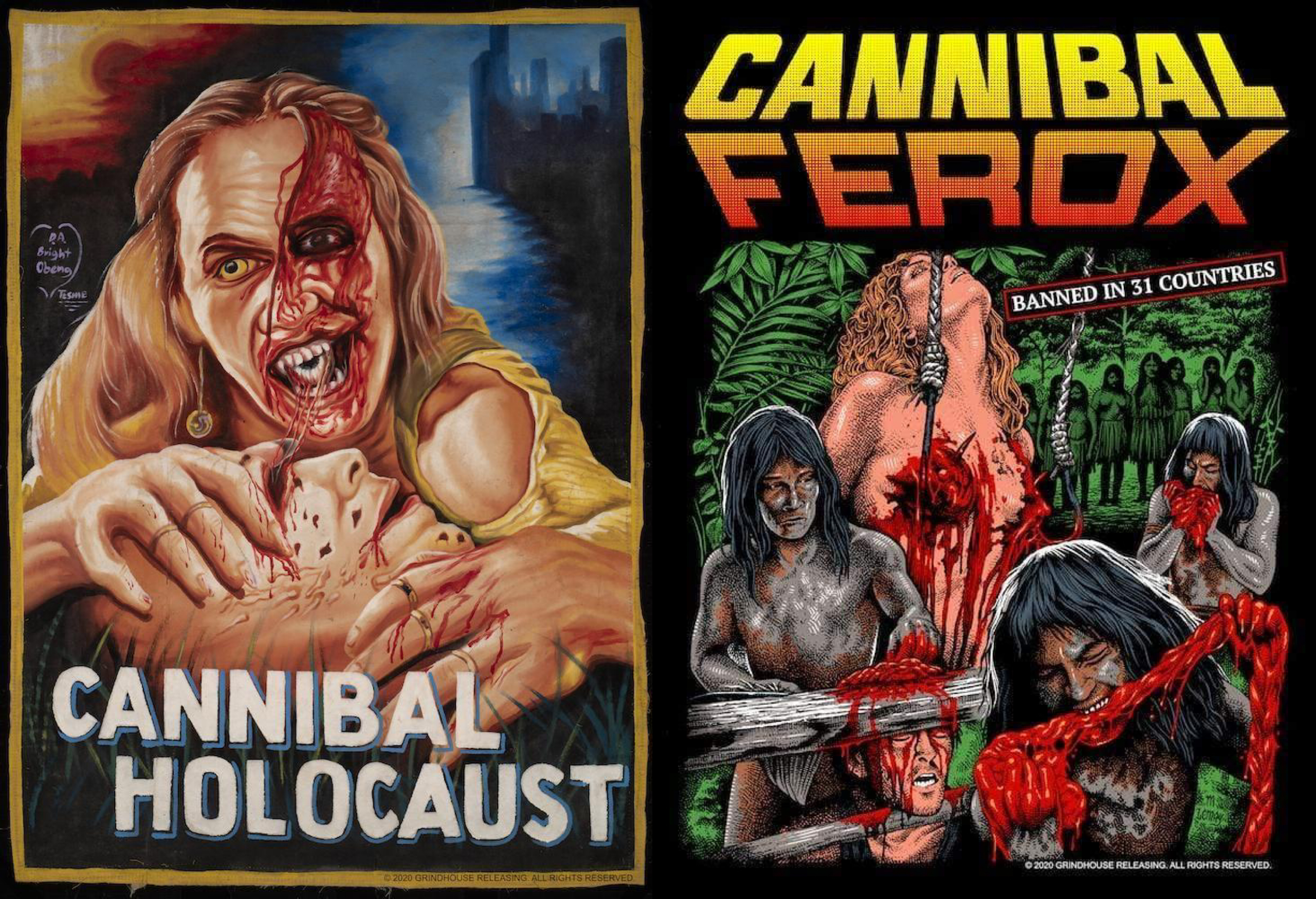