Game Review: “RETURNAL” is an ambitious combination of “PROMETHEUS” and “EDGE OF TOMORROW”

When Helsinki-based developer Housemarque announced they were developing a third-person shooter for the new PlayStation 5 in the launch window of the console, expectations were undeniably set. Early on in the life of the PlayStation 4, the studio had released RESOGUN, an old-school style arcade shooter with audio and visuals that were straight up not of this world. With RETURNAL, Housemarque tackles some of the same ideas but from a third-person, roguelike perspective. With the fruits of their labour in our hands at last, is the hype realized, and has their experimentation proved successful? Well, sort of.

RETURNAL follows player character Selene Vassos, an astronaut for the ASTRA corporation, as she follows a mysterious signal known as the “White Shadow” to an uncharted planet. What immediately follows is her crash landing and proceeding to die. Selene then wakes in the wreckage of her ship, realizing every time she dies that she’s sent back causing the planet’s geography to change ever so slightly – and never as the same layout twice. Admittedly an interesting and grounded approach to a roguelike, RETURNAL never loses sight of the tone it wants to convey. Think of it as a strange mash-up of PROMETHEUS and EDGE OF TOMORROW that would make even H.R. GIGER blush. 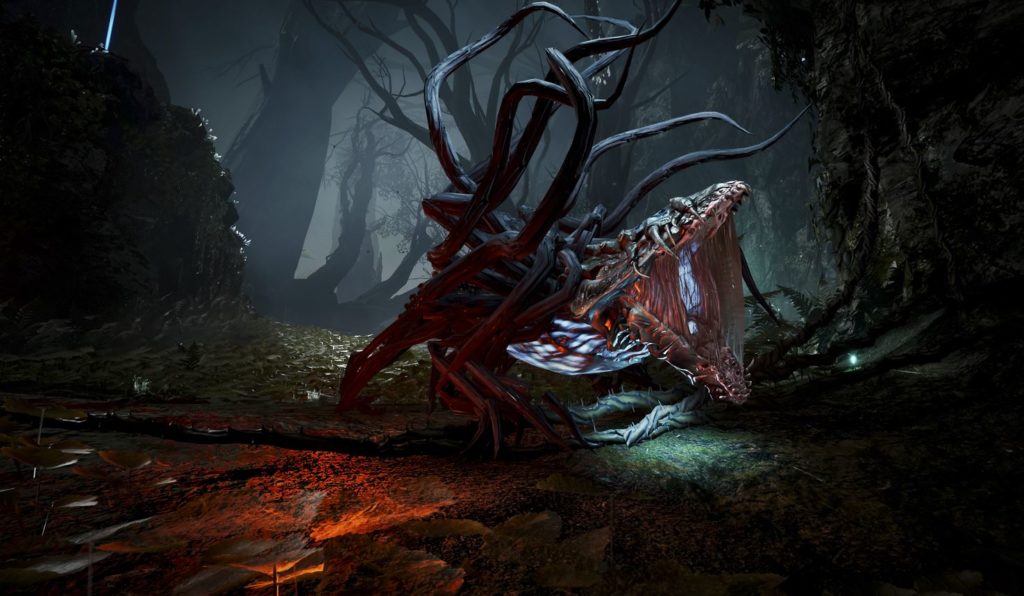 Where RETURNAL falters is in its gameplay design. While shooting and dashing around as you avoid bullet hell type enemies can be a blast in moment-to-moment gameplay, the game keeps finding ways to actively punish you for things ranging from opening chests to turning off your console. Across her many attempts to reach the White Shadow, Selene will come across many items and upgrades to add to her arsenal and help her progress. These range from attaching parasites for limited buffs in exchange for a suit malfunction that acts as an active debuff, to chests that inflict malfunctions in exchange for a powerful item, and even decidedly stranger weapons that wipe out early enemies with an impressive amount of ease. While the parasite mechanic is an interesting approach to temporary buffs of most roguelikes, I personally found them to be unbalanced, and I actively tried to avoid using them in some of my more successful runs. I also found locked chests to almost never be worth the debuff in exchange for the paltry item within.

Perhaps the most frustrating aspect of RETURNAL is its adrenaline system. When you eliminate three enemies, you go up a level on Selene’s adrenaline meter. When this happens, you’re rewarded with buffs that range from a powerful active reload to 50 per cent more currency dropping from enemies and the world itself. Sounds pretty neat, right? The trade off is that when Selene takes damage, the entire adrenaline meter is reset, not by one level but all the way back to zero. In an already punishing game where everything is out to kill you and fast, this feels like an excessive way to punish the player. I know roguelikes are all about perfecting that one run to finally finish the game, but RETURNAL seems to be brutally difficult in certain design choices just for the sake of it.

The average completion run of RETURNAL will run over two hours, taking you through six different areas. Yes, you read that right, runs in RETURNAL last upwards of two hours. There is also no way to save in the middle of one of these massive runs, and when turning on the game, it suggests you put your console into rest mode to suspend things if you need to stop. I highly recommend you don’t do this, as in my personal experience the game crashed on me and my run was ended regardless. Also given the unpredictable nature of the PlayStation 5’s rest mode, this doesn’t seem like an ample solution. 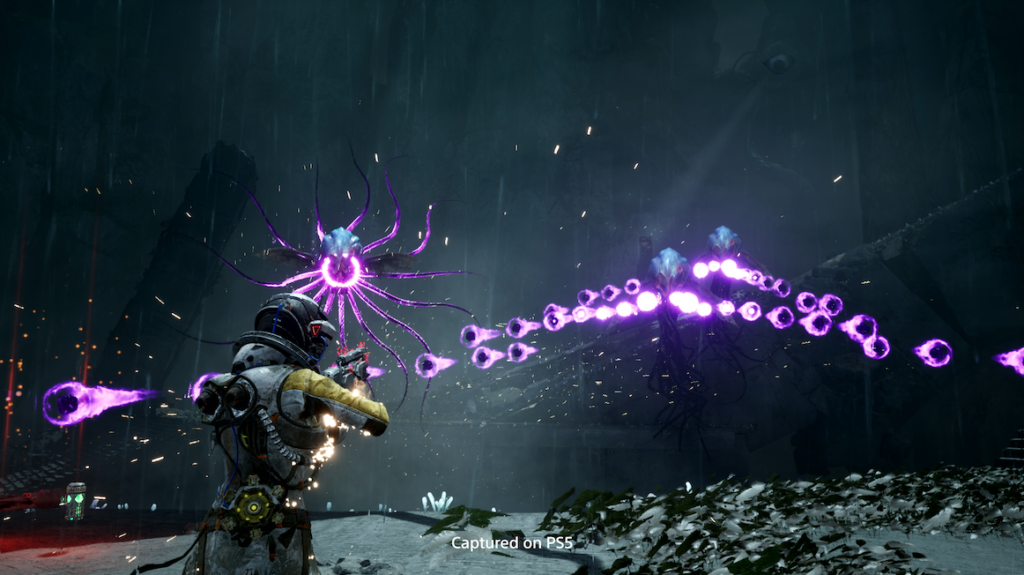 RETURNAL’s story on the other hand is an absolute knockout featuring some of the best and most unpredictable moments in gaming this year. When the change switches up things from a third-person to a first-person exploratory horror experience, it excels in telling a compelling and interesting story. It’s just a shame that these segments seem to be few and far between, coming long after most frustrated players have likely put down the controller and walked away. This is unfortunate, as RETURNAL holds interesting and rewarding reveals that stuck with me long after watching the credits roll.

Overall, RETURNAL is a mixed bag. While it presents interesting concepts and ideas with an intriguing story, it’s held back by some poor, questionable game design choices and technical issues. With some quality of life improvements, RETURNAL could truly be a must-play experience. Until then, it’s just something you might want to wait to go on sale.

RETURNAL is out now for PlayStation 5. Review code provided by the publisher.