When it comes to first-person survival horror, Swedish developer Frictional Games are a force to be reckoned with. Sending shivers down the spines of horror gamers everywhere back in 2007 with their first title, PENUMBRA: OVERTURE, they brought the genre back to its tension-wrought origins that had seldom been seen since the first few SILENT HILL releases.

Now, players can spook themselves in whatever surrounding they choose thanks to the newly released AMNESIA COLLECTION, now available on the Nintendo Switch. Fans of the series will be delighted to hear that all three AMNESIA games make the move to the handheld console relatively unscathed, though as one might expect, with a little less visual fidelity than their PC/PS4/Xbox One counterparts.

The first game in the collection, 2010’s Lovecraft-inspired AMNESIA: THE DARK DESCENT, took the PENUMBRA formula even further, utilizing a highly effective sanity mechanic that made running from hideous monstrosities all the more terrifying. Waking in a damp and dimly-lit castle, players take control of Daniel, a man suffering from… you guessed it, amnesia. Thus begins an adventure filled with puzzles and occult mystery as Daniel searches to uncover the reason behind these circumstances while freaky entities follow in malicious pursuit. 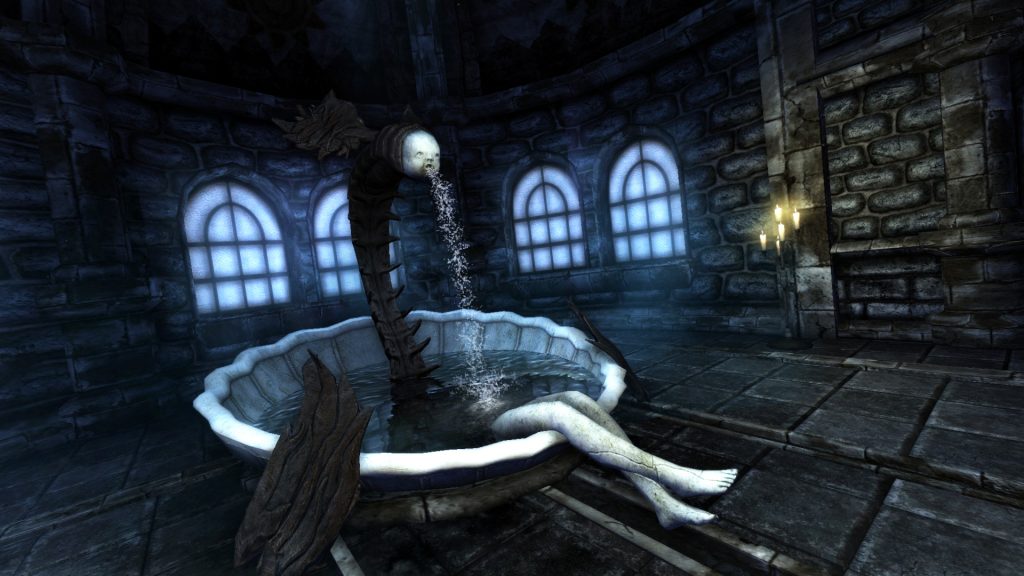 Next up is JUSTINE, a contained and shorter experience that further builds on the cryptic concepts of THE DARK DESCENT. Players begin as a nameless woman in similar circumstances to Daniel; alone in a clammy room suffering from memory loss. Navigating SAW-like contraptions containing peculiar strangers who plead for their lives, it’s then up to you whether or not to spare these unfortunate souls as they scour for an exit to the madness.

Lastly, developer The Chinese Room’s AMNESIA: A MACHINE FOR PIGS, lifts the grim blueprint from its predecessors to weave its own unique and utterly grotesque (though much less frightening) tale. As Oswald Mandus, an affluent industrialist in 1899 London, we delve deeper and deeper into Mandus’ sprawling manufacturing plant of near-alien formation on the hunt for his missing children. 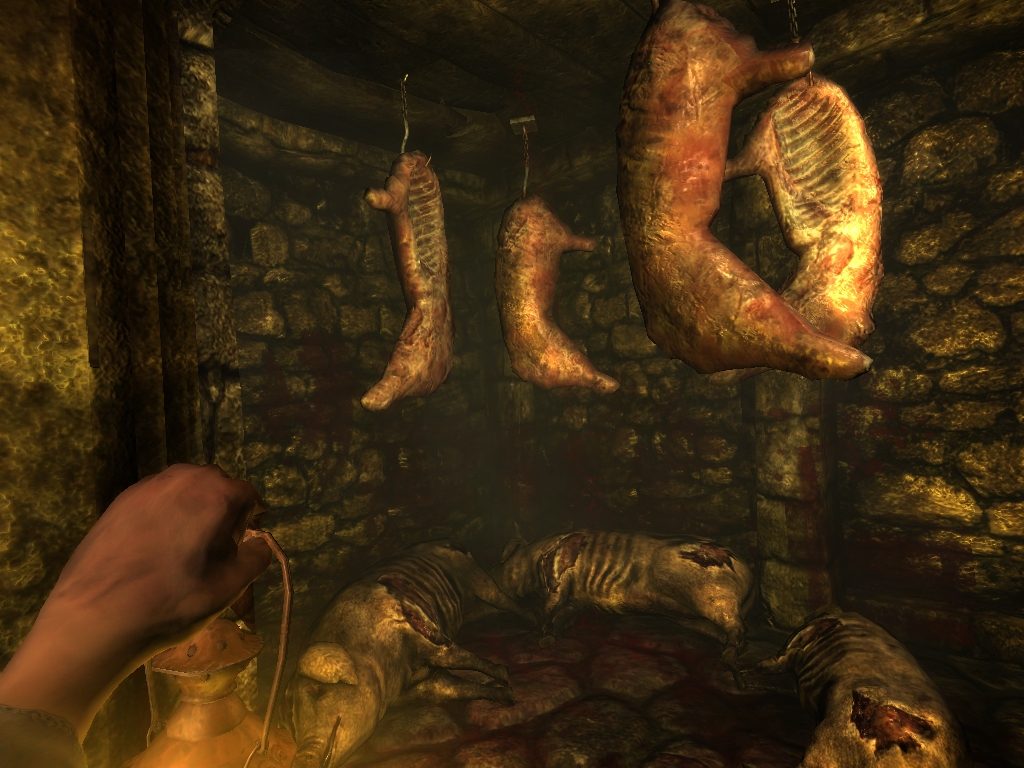 While all three of these games run sufficiently, there’s some noticeable white flashing at the edges of the player’s cone of vision when turning quickly, an issue that seemed more present in A MACHINE FOR PIGS. There’s also some framerate stuttering here and there, but nothing to detract too much from the horror unfolding on-screen.

Much has already been written about the AMNESIA series, and with good reason – they’re some of the best recent examples of what horror games can achieve. If you’re still foreign to the franchise, the AMNESIA COLLECTION is essential playing and an extremely easy recommendation to all horror enthusiasts with access to a Switch.

Evan Millar
Evan Millar is a freelance journalist based out of Toronto, Canada. A graduate of Humber's journalism program, Evan joined Rue Morgue as an intern in 2015 and became a frequent contributor of game, film and event reviews. He took over as games editor in early 2018 and has had a passion for video games since booting up the shareware version of DOOM on a dusty MS-DOS computer. Follow him on Twitter (@evanjmillar).