Game Review: “Moons of Madness” is a worthy entry in the Cthulhu mythos

There’s a moment you’ll encounter in horror games, a turning point that I like to call the “oh crap” moment, when things suddenly go south and you know you’ve left safety behind for good. The “oh crap” moment in MOONS OF MADNESS is executed perfectly. Up to that point, you’ve spent most of your time playing a benign space-engineer simulator.

As Shane Newehart, you’re the lead engineer of the secret “find life on Mars” mission, and the first bit of the game involves exploring the base while fixing solar panels that mysteriously won’t stay put. That part alone is fun even if it’s a bit straightforward. Details like being able to down a breakfast of freeze-dried bacon and eggs add to the atmosphere, and there is a lot of well-written and genuinely interesting scientific information to devour as you move around the station snooping into other people’s documents and computers.

Then you reach the “oh crap” moment when things turn into a full-on Cthulhian nightmare. I won’t spoil it because it’s one of my favorite parts, but it’s appropriately distressing and cool at the same time. For the most part, MOONS OF MADNESS maintains this momentum. It’s a cohesive story that clocks in at around 6 hours and gives you enough bang for your 25 bucks.

MOONS OF MADNESS is based on Funcom’s THE SECRET WORLD, with which I have only a base familiarity. I’m sure the game is more enjoyable if you’re well-versed in the lore, but I didn’t feel like I was missing anything. If you like cosmic horror, you’ll probably like MOONS OF MADNESS. My biggest complaint about the story is that I found the ending both predictable and anticlimactic, but the depth of the story up to that point, along with all the detail in the level design, is enough to make up for it. 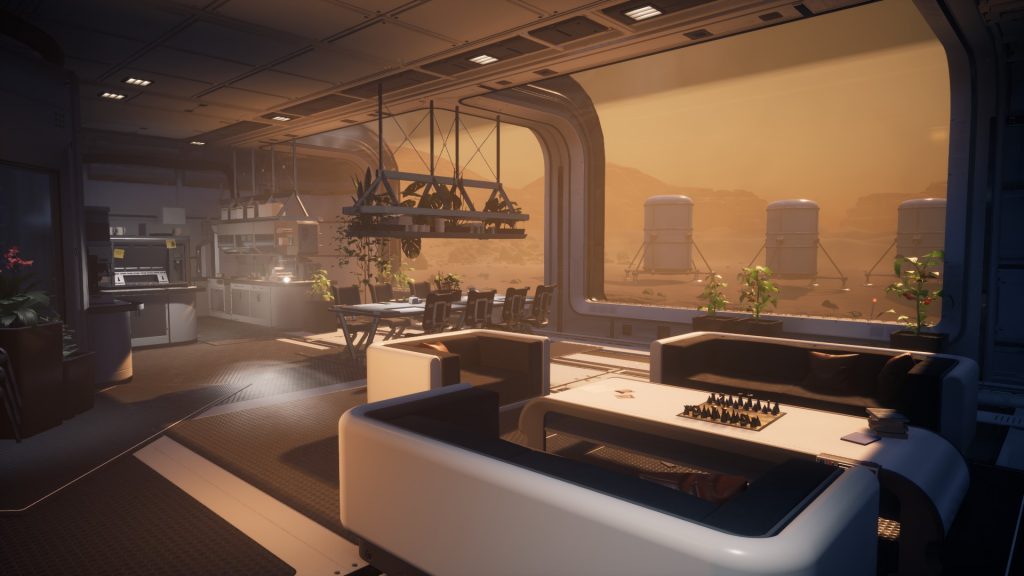 The game treads the space between walking simulator and adventure game that has become so popular for these types of indie horror games lately. It’s entirely linear, and the puzzles aren’t particularly challenging or breaking the mold in any way, but the objectives you’re given are designed around immersing yourself in the environment, and they feel cathartic. There is a stealth level that involves hacking movement-sensitive cameras to get them to face away from you, which is a nice touch, and the enemies that can spot you are lifeless automatons that are genuinely creepy in a way that only space robots can be.

You’re constantly on the move, seamlessly transitioning from one objective to the next – that is, until the final stretch when your objective simply becomes running to the end. When you finally know what’s going on and no longer have the detailed environments of the space station and the Cthulhian nightmare-scapes to take in, things do become a little boring.

There’s also a completely pace-breaking part toward the end that only served to frustrate me. You have to avoid a tremors-esque creature under the sand that will pop up and kill you in one fell chomp of its… whatever it has in place of jaws. You can see the sand moving, indicating where it is, and clear avoidance involves running from one platform to the next while making sure it’s far enough away so as not to get you before you’re safe. No matter how far away the thing was, when I thought I had enough time to run between platforms, I was wrong every time. It felt like a fluke when I finally did manage to get by it. This was particularly frustrating, because it was so close to the end and during a time when it felt like urgency was key. Having to redo the same part several times ruined the pace and took me out of the game. 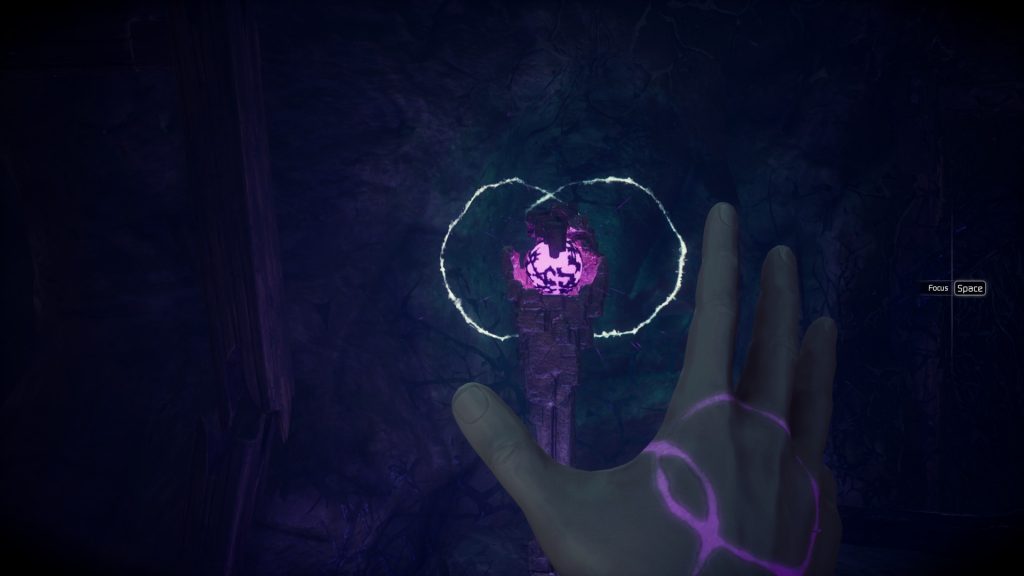 Sound design is nothing to write home about in MOONS OF MADNESS, but it’s standard for the genre and implemented well enough. The voice acting is great even when the script isn’t. Shane spends a lot of time talking to another character over his radio, and most of the dialogue between them is natural and even clever. Every now and then, however, Shane drops a one-liner that sounds like it was pulled from a cheesy ‘80s action/sci-fi film. I’m not sure how many writers were involved in creating the dialogue, but it felt like there was some disconnect in the script.

Those few gripes aside, MOONS OF MADNESS is an enjoyable experience thanks in large part to its environmental detail and intriguing story. It can be played in one sitting, making it ideal for a Halloween horror binge. It’s not outright scary and is light on jump scares, but it succeeds in building an uneasy, disturbing atmosphere that fits snugly into any Cthulhu fan’s collection. MOONS OF MADNESS doesn’t reinvent the wheel, nor will it stand up to the likes of SOMA, but among so many indie horror titles being released these days, it’s one to check out.

Moons of Madness is available now on Steam. Review code provided by the publisher.