DEADLY PREMONITION is a profoundly weird survival-horror game – let’s address that right out of the gate. And if you’re someone who’s not already familiar with TWIN PEAKS, it’s an experience that’ll seem even more bizarre.

Initially released on the Xbox 360 back in 2010, the game was the passion project of Japanese auter Hidetaka Suehiro, better known as SWERY. With a strangely captivating bargain bin aesthetic and cast of characters, it quickly became a cult classic, eventually resulting in several “Director’s Cut” releases on other platforms. Now making its debut on the Nintendo Switch as rebranded DEADLY PREMONITION ORIGINS ahead of the recently announced sequel, SWERY’s opus is poised to gain even more followers with what may be the game’s definitive version.

Set in the fictitious rural town of Greenvale, Washington, DEADLY PREMONITION tells the story of FBI Special Agent Francis York Morgan as he investigates the murder of a young woman that bears resemblance to a string of similar homicides involving red seeds. If any of this sounds familiar, it should, as York is a blatant doppelgänger of Kyle MacLachlan’s FBI Special Agent Dale Cooper, right down to continual asides to “Zach,” a character only referenced by name and never actually seen. 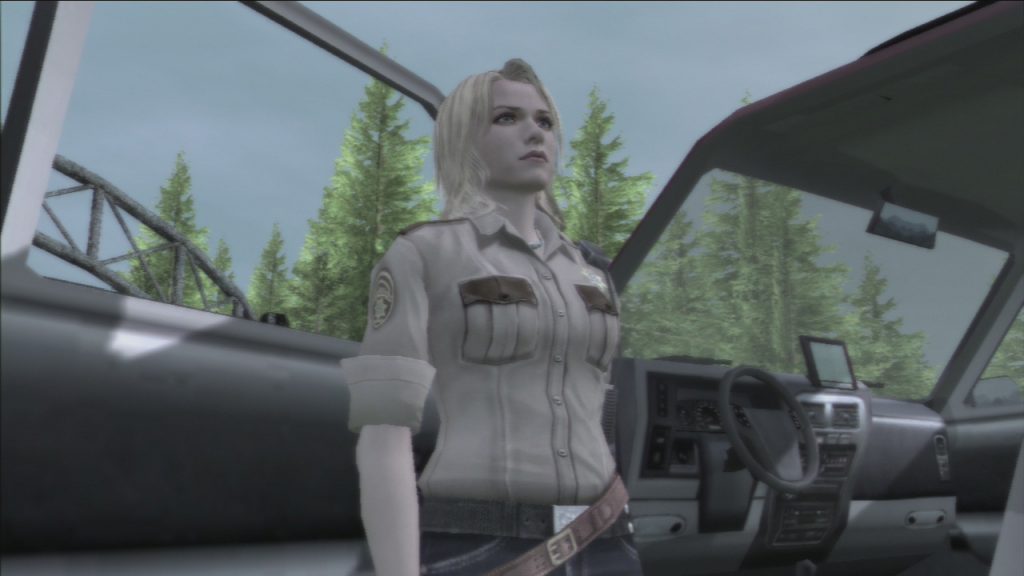 Aided by Sheriff George Woodman (think Sheriff Truman) and Deputy Sheriff Emily Wyatt (imagine Naomi Watts), York leaves nary a stone unturned as he procedurally investigates the colourful residents of Greenvale. Among these townsfolk is Harry Stewart, an affluent wheelchair-ridden man who owns most of the town and has a bizarre hampering for what York dubs the “Sinner’s sandwich,” a monstrocity composed of turkey, strawberry jam, and cereal.

Though excellent, DEADLY PREMONITION’s characters are only a small piece of what makes it so special. As one of the few open-world survival horror titles in existence, players can freely drive around Greenvale and explore the majority of its buildings, encountering side quests and collecting trading cards. There’s often quite a bit of time to kill between mainline story missions, and it’s refreshing to have this type of gameplay in a genre that’s typically fairly linear.

Controls, as with most survival-horror, are decidedly stiff. Combat, which occurs solely in the “Other World” sections, a nightmarish and decaying environment where zombie-like enemies shuffle at the player bent over backward, is fairly bland. Vehicle steering is often hilariously abysmal, and yet even within these limitations, DEADLY PREMONITION somehow continues to compel at each and every turn: Agent York’s frequent and lengthy monologues about films such as ATTACK OF THE KILLER TOMATOES and LADYHAWKE make these otherwise frustrating driving portions… at least slightly amusing. 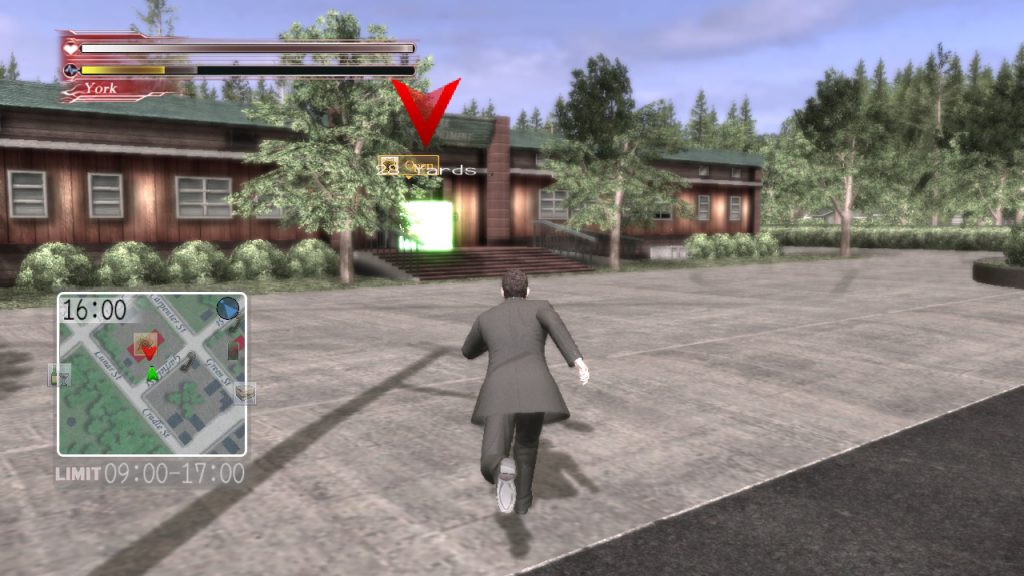 Personality is imbued into every aspect of this game, frequently elevating it to more than just the sum of its parts. Such is also the case with its music, taking cues from Angelo Badalamenti’s iconic TWIN PEAKS score yet still managing to be entirely unique and intermittently jarring.

And then there’s DEADLY PREMONITION’s technical performance. Though the game has had framerate issues throughout its several re-releases, ORIGINS on the Nintendo Switch is arguably the best since the original on the Xbox 360. Sure, there’s still some inexplicable slowdown at odd times, but it’s a hell of a lot smoother than the DIRECTOR’S CUT releases on PC and PS3. Apart from a relatively minor bug resulting in occasional dialogue audio being absent during cutscenes, you really won’t find a better way to play the game in 2019. Textures on the Switch are also noticeably improved over previous rereleases, though this may be in part due to the console’s smaller screen.

So yes, DEADLY PREMONITION ORIGINS is a blatant TWIN PEAKS rip-off. Get past that, however, and you’ll find one of the funniest, surreal and endearing niche survival-horror games ever made.