The holidays are behind us but the Yuletide terror continues with the hi-def disc release of the multipart fright film.

Scream Team Releasing and Blood Moon Pictures will have 13 SLAYS TILL X-MAS available on Blu-ray with plenty of special features in February, with pre-orders for $19.99 currently being taken here. The film was produced by P.J. Starks and Eric Huskisson from the VOLUMES OF BLOOD movies, who also directed segments for it, along with Brittany Blanton, Sean Blevins, Jed Brian, Shawn Burkett, William Capps, Alex Clark, Carlos Omar de Leon, John Hale, Blair Hoyle, Robert Kern III, Drew Marvick, John Mason and Julie Streble. It was partially shot during the pandemic, and Starks (who provided the exclusive pics seen above and below) tells us, “Shooting 13 SLAYS over that period was literally the most difficult time we’ve had producing a film. That has equally made it the most satisfying project I’ve made. All the filmmakers, casts and crews brought all they had to the set, and gave so much of themselves that it shows on the screen, in their performances and in the execution. With killer clowns, creatures, masked killers, demonic possession and the like, this film has so much for genre fans, and we can’t wait for everyone to finally see it in February.”

The hours of in-depth behind-the-scenes featurettes include:

• “A Doll to Die For: Making ‘The Scareionette’ ”
• “An Exclusive Interview With the Scareionette”
• “Bringing Lore to Life: The Making of ‘Jingle Bellz’ ”
• “Clowning Around: Behind the Scenes of ‘Kringles the Christmas Clown’ ”
• “Dear Santa: Making a Faux Trailer”
• “Dismembering ‘A Christmas to Dismember’ ”
• “Monsters & Mayhem: The Making of ‘Like a Family’ and ‘Don’t Kill Santa on Christmas’ ”
• “Possessing Creativity: Behind the Scenes of ‘Devil’s Due’ ”
• “Quiet on the Set: The Making of ‘Dead Air’ ”
• “SCREAMWriter’s Podcast: An Interview with P.J. Starks”
• “Sets, Streets & Eats: The 13 SLAYS Episode”
• “The Nightmare of Making Nightmares: 13 SLAYS TILL X-MAS From Script to Scream”
• “Unearthed: The Making of ‘Digging Up the Ghost’ ”

Pre-orders will include a free digital download of the 13 SLAYS soundtrack, featuring music by Rocky Gray and other artists. A special edition of the Blu-ray signed by Starks, Huskisson and several of the other filmmakers, along with an autographed 11 x 17 poster, can also be pre-ordered for $26.99 at the link above. 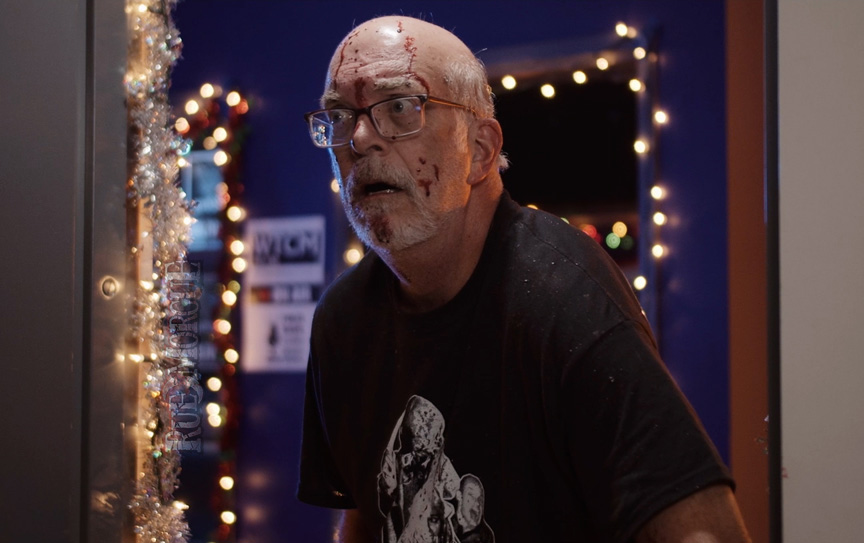 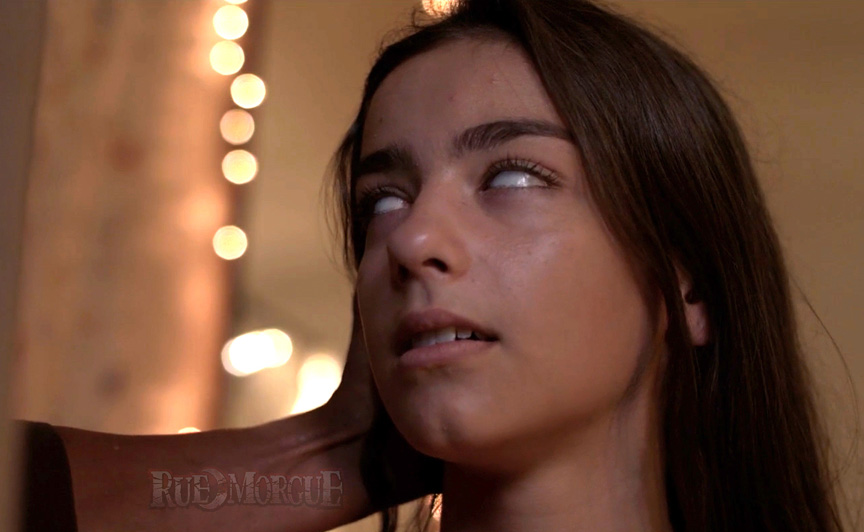 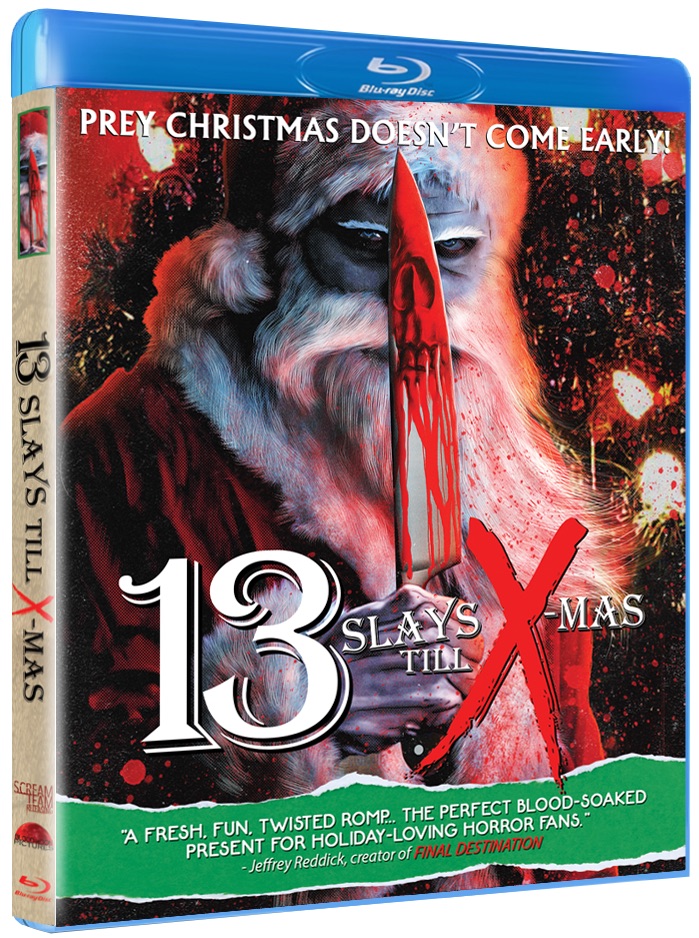 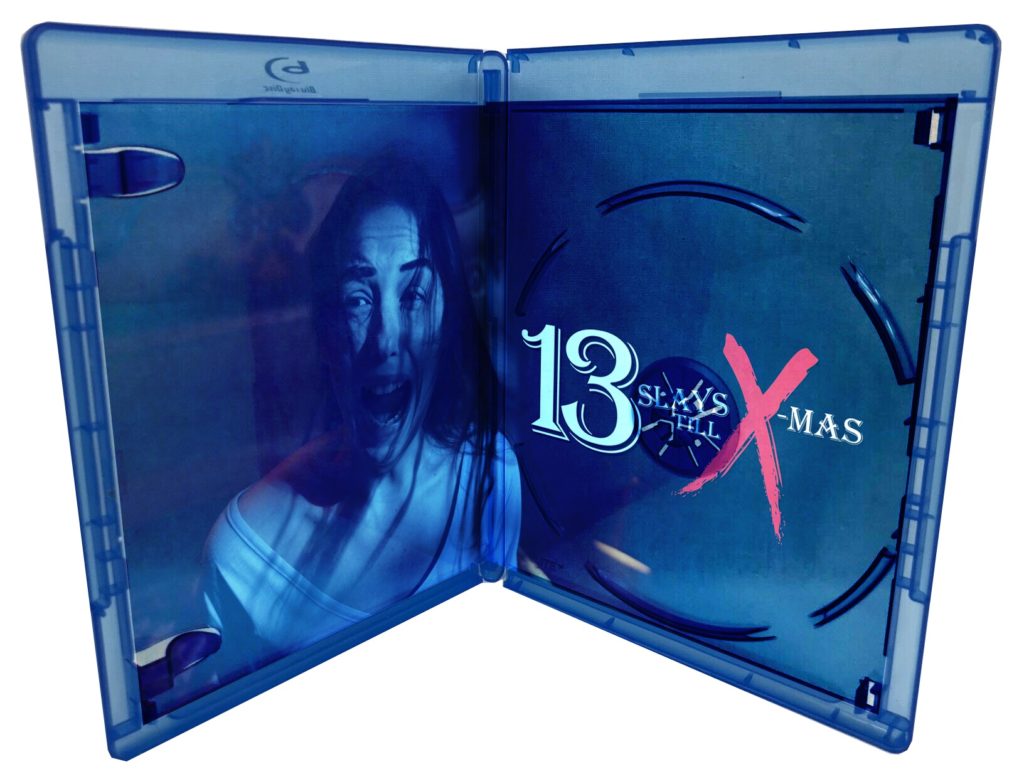