Life bloodily imitates art in ONE CUT OF THE DEAD, an ambitious zombie movie opening in Japan in June. Jump past the jump for the info, trailer and poster.

Written, directed and edited by Shinichiro Ueda, ONE CUT OF THE DEAD (whose Japanese title literally translates as DON’T STOP THE CAMERA!) was produced by Yoshida Konosuke, Kentaro Kodama, Koji Muta, Koji Ichibashi and Koji Sone. The film’s highlight promises to be a zombie action sequence lensed in one continuous, 37-minute single take. The synopsis: “A director is hired to shoot a one-cut zombie film in a mountain location. He goes mad with power and does over 40 takes of the scenes. Just as the cast and crew can’t take it any more, they’re attacked by the real walking dead. Eager to make the greatest horror film of all time, the director keeps shooting the ultimate single take as his team is turned into zombies around him.”

Look for more on ONE CUT OF THE DEAD as we find it out! 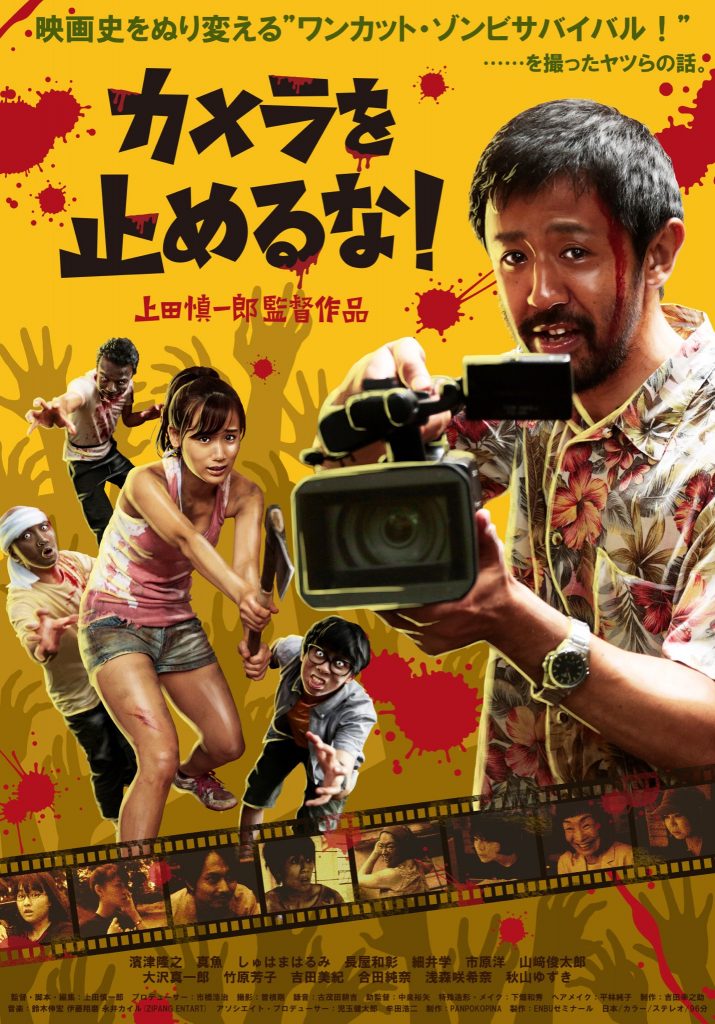