Exclusive trailer, poster, release news: Are you too chicken to watch the Vietnamese shocker “KFC”?

The legs and breasts don’t necessarily come from poultry…

RUE MORGUE got the exclusive word from Dekanalog that the distributor has picked up U.S. rights to writer/director Lê Bình Giang’s KFC. The movie will first hit TVOD on August 1, followed by a physical release. Tony Nguyen, Ta Quang Chien, Hoang Ba Son and Tram Primrose star in the film, which revolves around a single KFC location in Vietnam; the synopsis: “A sick doctor and his twisted cohorts attack random people and ultimately cannibalize them. The doctor’s own rotund young son has grown accustomed to the taste of human flesh and gleefully tries to share it with street kids, who have already run afoul of an assortment of evil creeps. ‘Bizarre’ would be an understatement for this out-of-control orgy of revenge, featuring cryptic dialogue and plastic, almost detached depictions of deliberate torment and the squashy sucking, splattering and dull thudding of abused flesh.

“Debut filmmaker Lê Bình Giang takes the body-horror genre to new heights, combining an ethereal ennui and anomie with raw, visceral savagery. Not for the faint-hearted.” 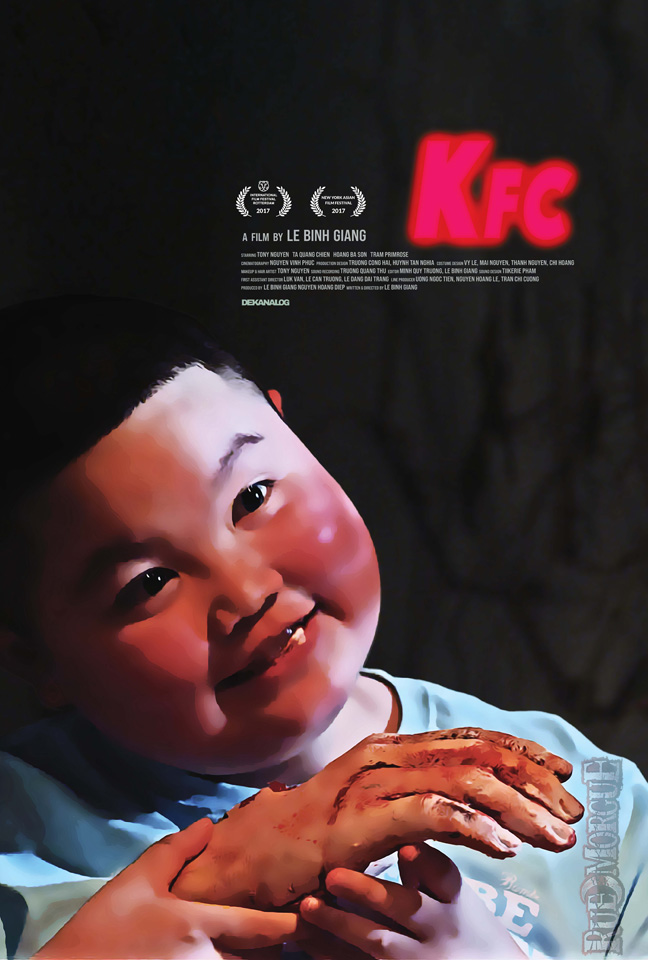