Exclusive “DON’T F*** IN THE WOODS 2” photos and comments for Friday the 13th!

On a big day for forest-dwelling killers, we’ve got the exclusive first look at a batch of photos from the upcoming sequel DON’T F*** IN THE WOODS 2, along with words from the filmmakers and the poster.

First, the synopsis: “Spring break is here and the counselors at Pine Hills Summer Camp are getting the grounds ready for the upcoming summer season. While they set things up, joke around and poke around with each other, a mysterious girl shows up, weak and scared from a previous encounter with a creature that killed all her friends. Little do they know that something followed her to the camp and things are about to get slimy and bloody.”

“Last May,” executive producer Chris Gierowski tells us, “the first DON’T F*** IN THE WOODS became one of the top 50 most popular movies on IMDb and top 10 in horror, and it was in the top 40 in overall horror for the year. That took us by surprise, so of course we wanted to do a sequel! The budget is bigger, the deaths are bloodier and the characters are hornier!” 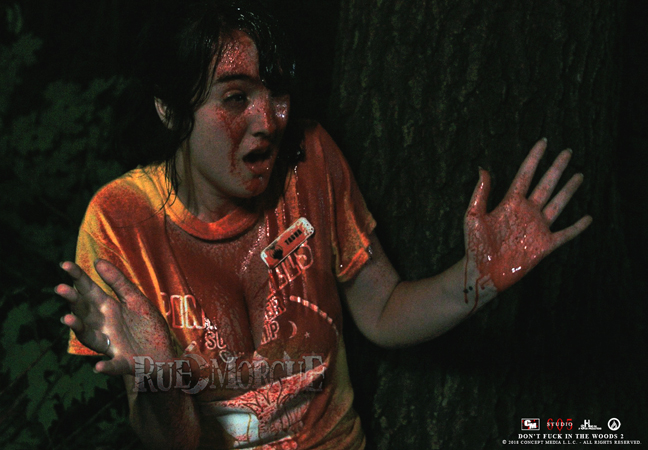 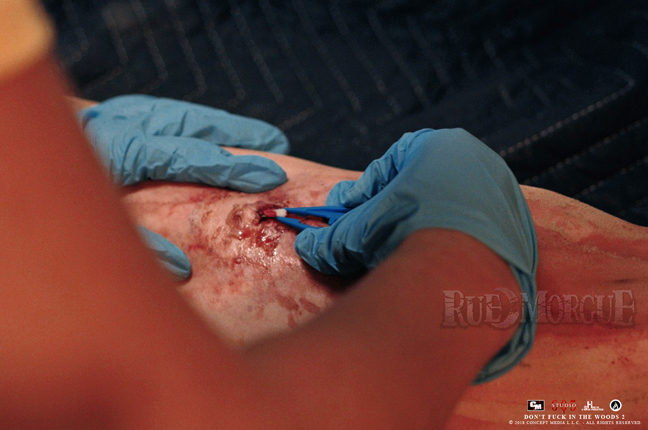 In the same spirit, director/co-writer Shawn Burkett sums up the movie’s appeal: “Who doesn’t love boobs?” More seriously, he continues, “The cast, crew, and effects team were completely invested in the project. That’s the only reason we were able to shoot 20-hour days and get so much accomplished. I’m very proud of what we have so far, and owe it all to them. People are going to love this movie more than the first!”

About 75 percent of DON’T F*** IN THE WOODS 2 has been shot, with production set to wrap in August. The second movie, according to Gierowski, has gone a lot more smoothly than the first. “The original took years to make,” he reveals. “With setbacks in cast, crew, money, weather and lots of other things, Shawn didn’t know if he was ever going to finish it. But we did. And because of its popularity, our crowdfunding campaign for part two netted us almost $15,000. Plus, thanks to a couple of investors, we doubled the budget of the first.”

You can keep up with the movie (under its uncensored title!) at its Facebook page. 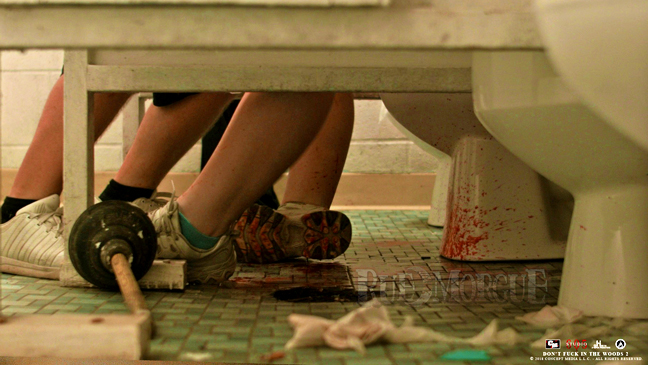 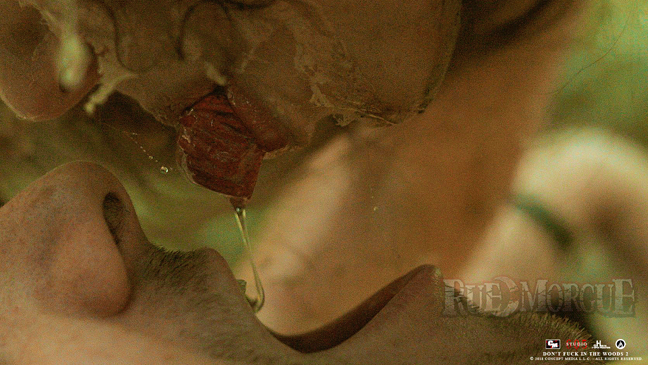 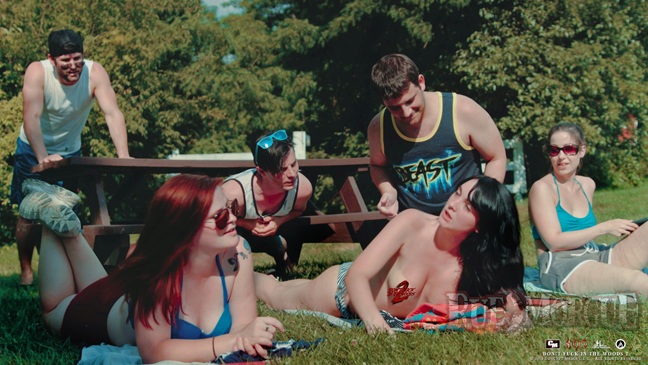 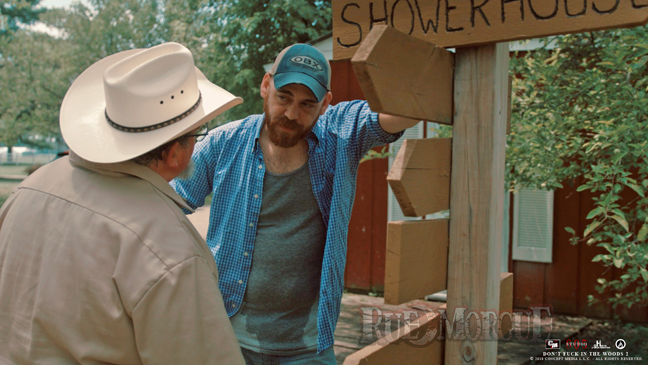 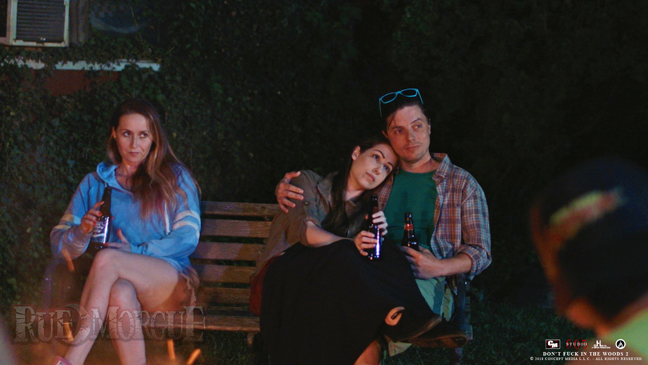 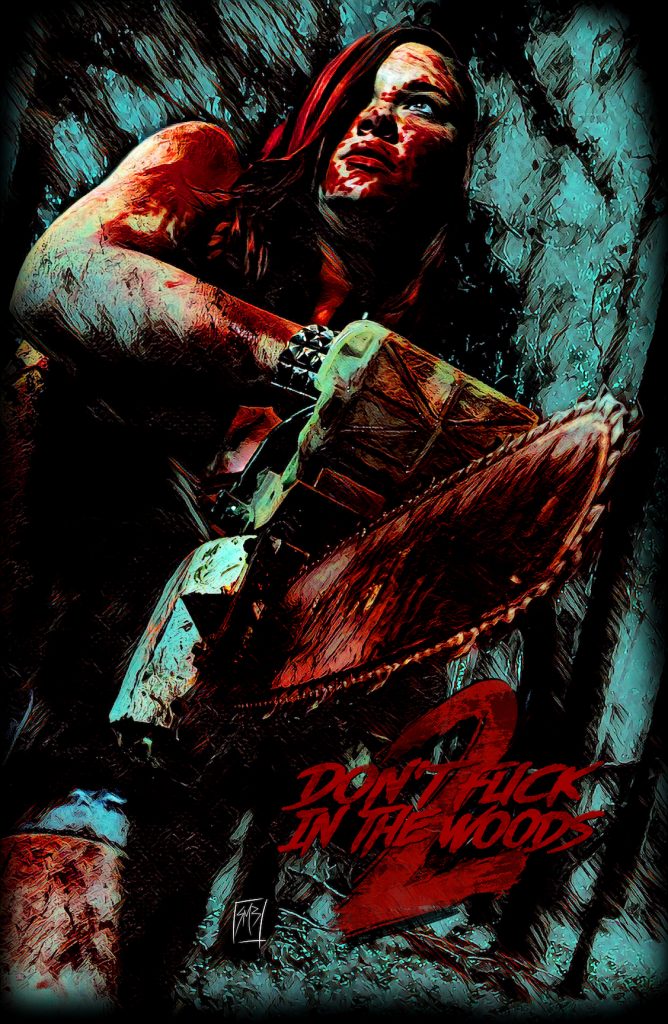