If you’re one of the many who enjoyed Jenn Wexler’s punk slasher movie THE RANGER, you can re-experience its terror with a little something extra thanks to a book version that drops this week. Read on for an exclusive first look at the cover and words on the adaptation from the filmmakers.

The novelization of THE RANGER will drop this Friday, May 3 from Haverhill House’s Twisted Publishing imprint; it’s available for pre-order here. Written by Ed Kurtz, author of THE RIB FROM WHICH I REMAKE THE WORLD, SAWBONES and BLOOD THEY BOUGHT AND OTHER STORIES (who did the voiceover for the RANGER’s PSA-style teaser trailer, which you can see below), it sports cover art by Dyer Wilk. “THE RANGER as a novel is in great hands with Ed Kurtz,” Wexler tells RUE MORGUE. “My co-scripter Giaco Furino and I are so incredibly excited to see the movie take this form. In classic novelization fashion, Kurtz worked off the original screenplay, so there are a few scenes you’ll find in the novel that didn’t end up in the film’s final cut. For the art, Dyer Wilk fulfilled my teen horror-fiction dreams, creating a cover with an eye toward Christopher Pike and the FEAR STREET books. So much gratitude to Kurtz, Wilk, and John McIlveen at Haverhill House and Twisted Publishing for making the RANGER novel a reality.”

“Jenn once said that THE RANGER should have already been an ’80s slasher movie, and in that spirit we have created merch in the style of an actual ’80s/’90s release,” adds producer Heather Buckley. “Along with a record album, cassette, VHS and T-shirts, we now have the great Ed Kurtz’s book, a rare novelization of a modern low-budget independent horror film. It grants the reader access to the inner lives of THE RANGER’s punks, to share in the subtleties of their intimate thoughts and unspoken aspirations—before their horrible, horrible deaths.”

The RANGER film, starring Chloë Levine and Jeremy Holm and currently available on Blu-ray and DVD from Uncork’d Entertainment and Black Fawn Distribution, will be released on the Shudder streaming service May 9. 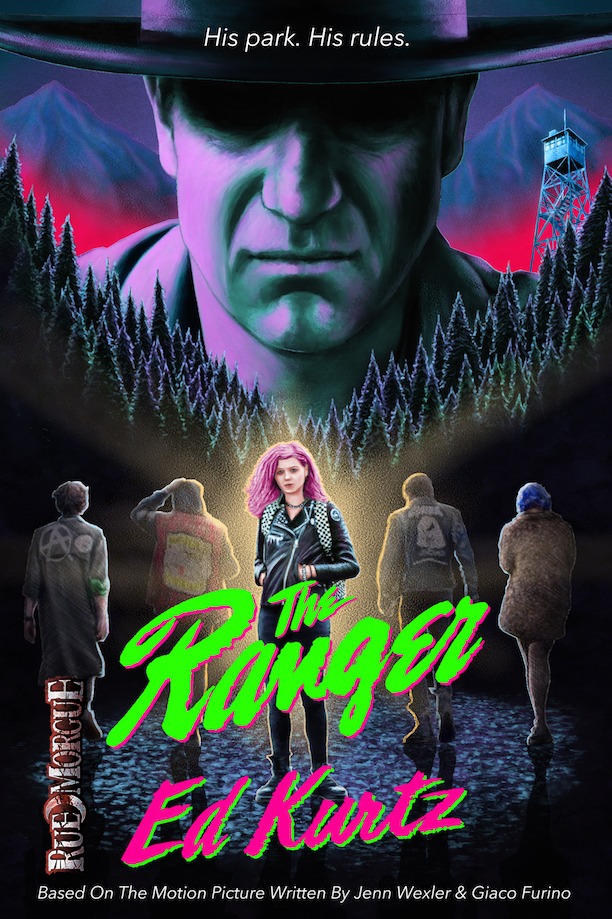 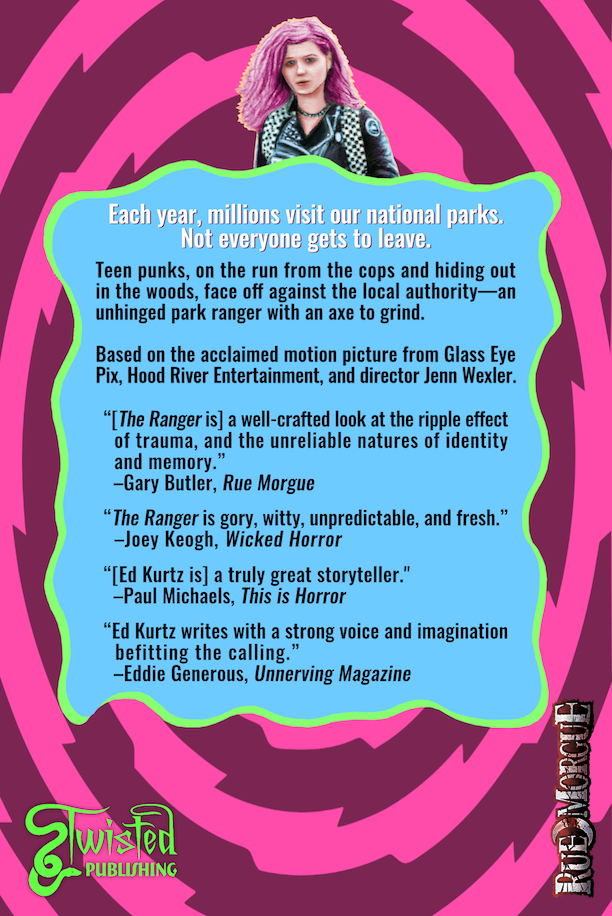