Lake Forest, CA – Cryptozoic Entertainment, leading creator of tabletop games, trading cards, and collectibles, announced the launch of the Kickstarter campaign for Steven Rhodes Games Vol. 2, featuring three titles: Cryptozoology for Beginners, Living Well Is the Best Revenge, and Let’s Call the Exorcist. The games are based on the work of Steven Rhodes, an artist known for his offbeat reimagining of children’s activity books from the 1970s and 1980s. They hail from Dynomite Games, an old-school sub-brand of Cryptozoic that creates games featuring easy-to-learn gameplay with very little setup time while offering hidden depth to satisfy hardcore gamers. 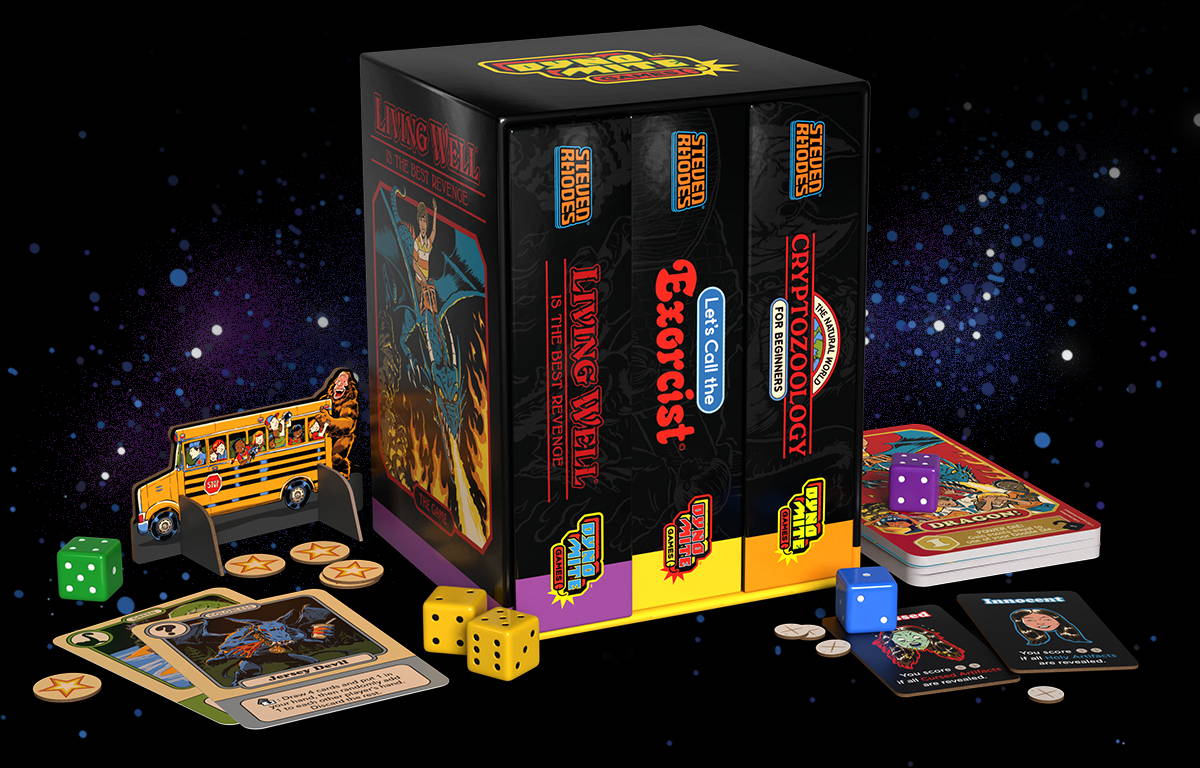 “It’s been a very cool experience to see how my designs have been adapted into a larger world of their own,” said Steven Rhodes. “Cryptozoic has done a phenomenal job of capturing the retro vibe and warped humor of my artwork to produce such a fun and collectible set of high-quality games.”

“The response to our first Steven Rhodes Games has been overwhelmingly positive, so we are thrilled to work with Steven again on three new games that are inspired by his hilarious art,” said Cory Jones, co-founder of Cryptozoic. “All three titles embody our Dynomite Games brand, as we bring together rules that can be learned in five minutes and real elements of strategy. Whether you’re a casual or hobby gamer, there’s a ton of fun and surprises in each bite-sized game.”

Cryptozoology for Beginners is a creature-drafting set collection game for 2-4 players. Players are dealt Assignments and hands of cards, choosing to keep one before passing the rest to the next opponent. After drafting is complete, players play cards and activate abilities to gain points and complete their Assignments. 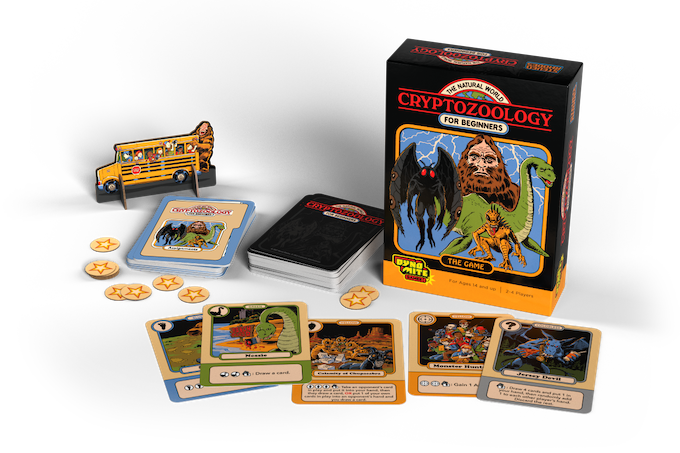 Living Well Is the Best Revenge is a fast-paced dice game in which 2-4 players try to bury their opponents. After unlocking cards, players can trigger special abilities that result in points, reroll tokens, extra turns, and more. 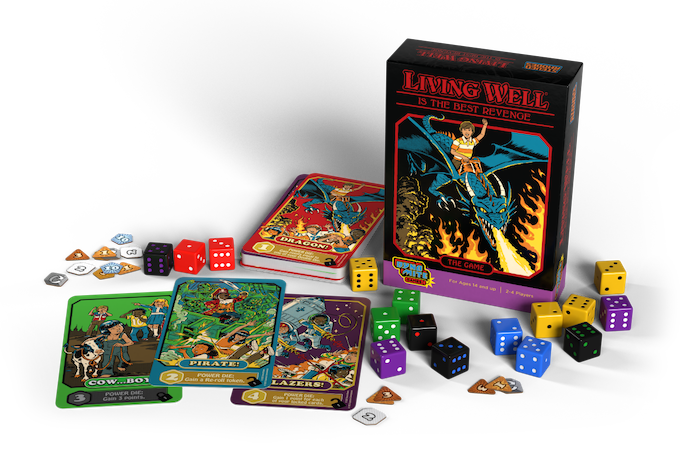 Finally, Let’s Call the Exorcist is a social deduction game for 4-8 players. Players have hidden roles that determine whether they’re on the Innocent or the Possessed team. They may describe any cards in front of themselves, and then each player takes a turn revealing a card from another player. The goal for players is to reveal all of their team’s Artifacts to win the round and earn points. 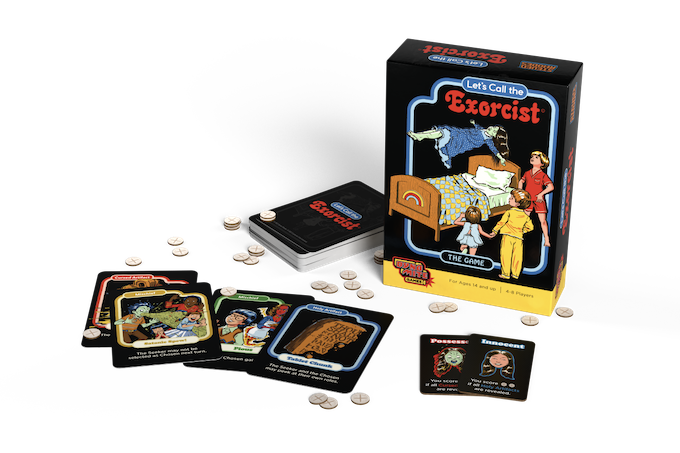 All three Steven Rhodes Games Vol. 2 titles are available for order on Kickstarter until late December.