Not only is influential horror host Joe Bob Briggs back with a new season of The Last Drive-In on Shudder, but he has also returned in action figure form from Fright-Rags! The horror apparel company also has other new merchandise from The Last Drive-In and Shaun of the Dead, on sale right now!

Fright-Rags has reissued its popular Joe Bob Briggs retro-style 3.75″ toy, complete with a beer bottle and speakers, alongside the brand-new Darcy the Mail Girl figure, which includes her mail bag and Ernie the iguana. These open editions are available to pre-order through Sunday, April 18. The Last Drive In’s mutant family can also enjoy two new Season 3 shirts featuring Joe Bob and Darcy respectively, plus The Last Drive-In lounge pants and two enamel pins, one of which glows in the dark. 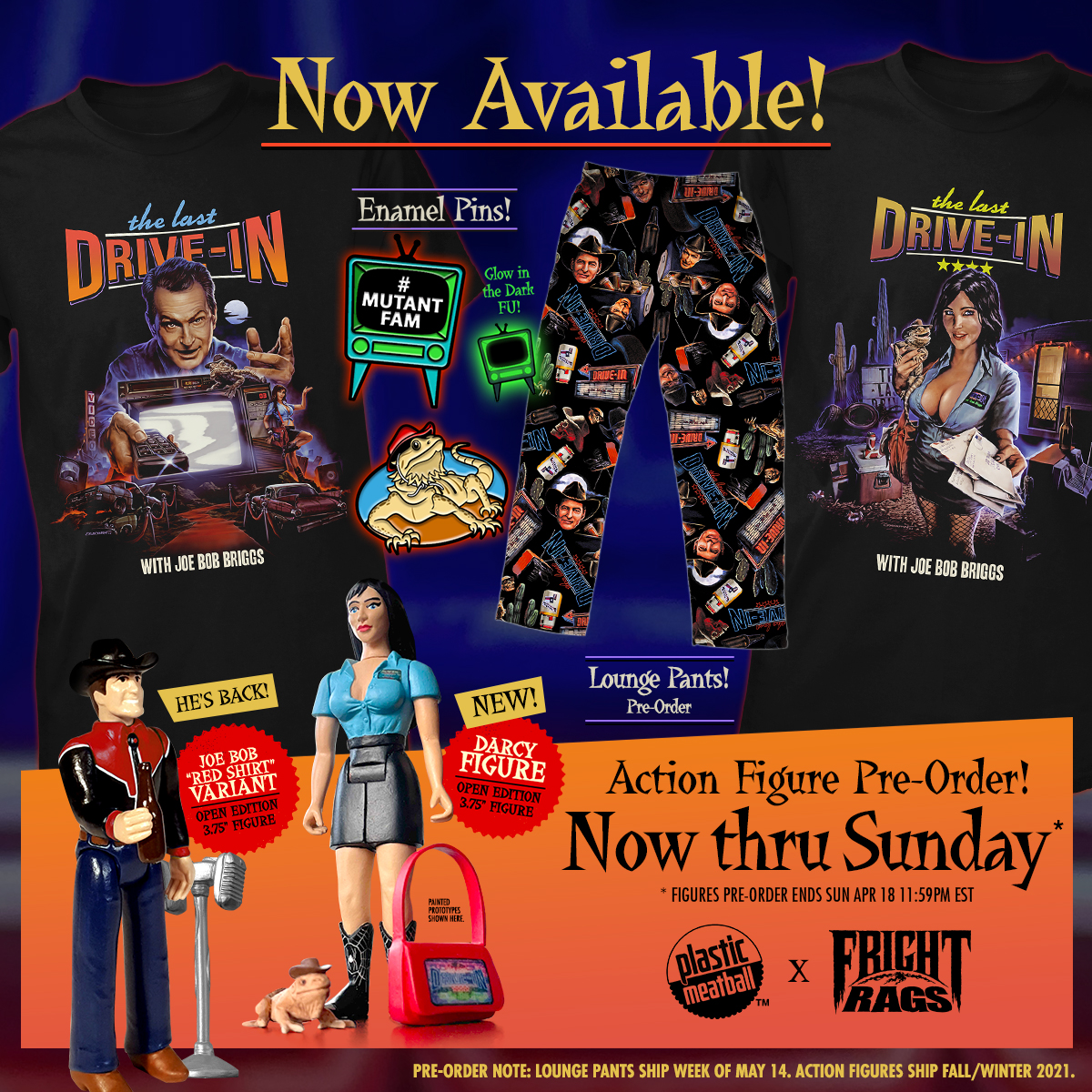 Have a nice cold pint in Fright-Rags’ Shaun of the Dead apparel. Edgar Wright’s horror-comedy classic has received two new shirts, a reprint of the Night of the Living Dead homage design, a Winchester Tavern pint glass, and socks featuring Shaun and Ed.

Joe Bob Briggs and Shaun of the Dead collections are on sale now at Fright-Rags.com. 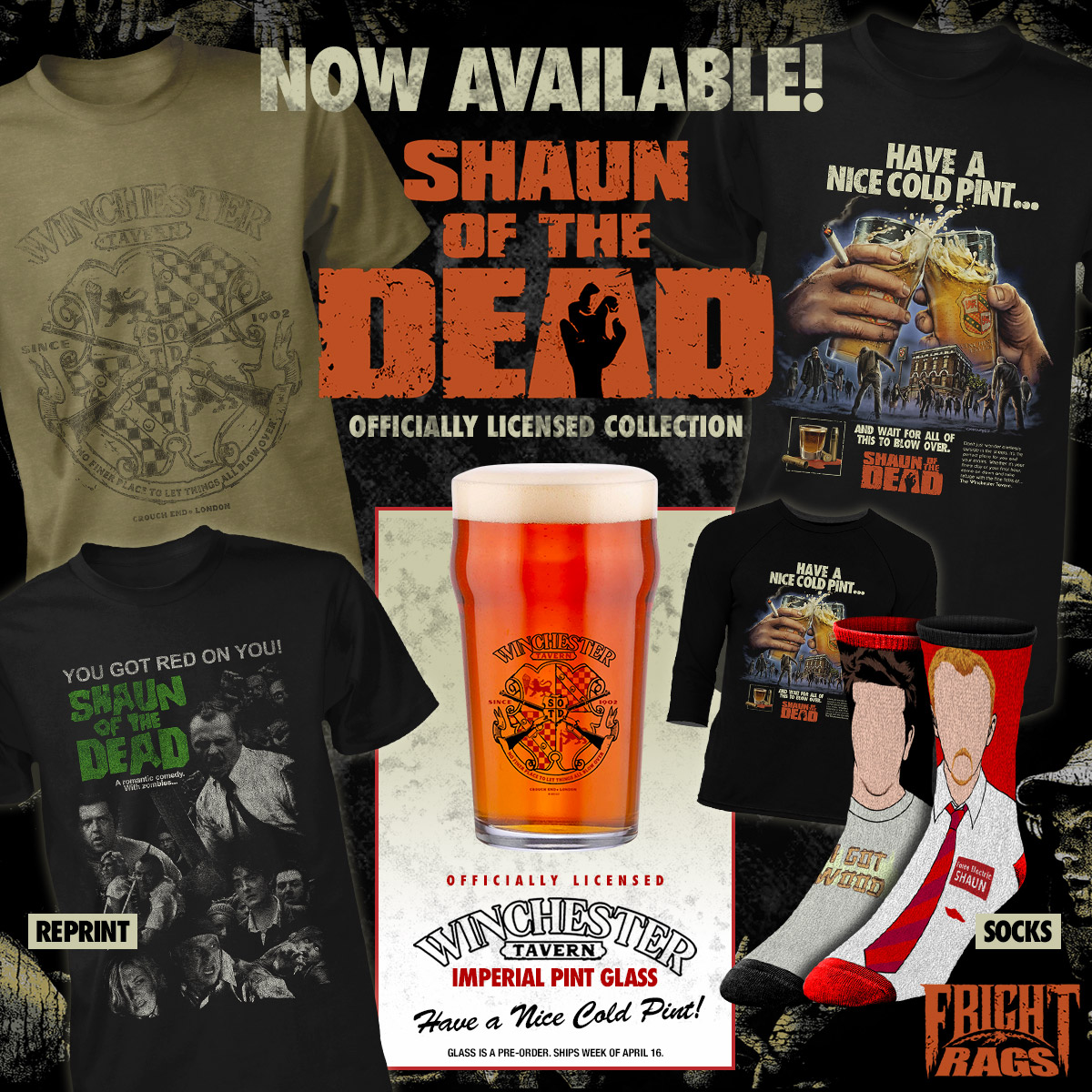