BLU-RAY REVIEW: THE BONE-BREAKING BRUTALITY OF “BRAWL IN CELL BLOCK 99”

Bradley Thomas (a truly stellar Vince Vaghn) is having a bad day. He’s lost his job, discovered his wife’s been having an affair and lives in a poverty-stricken community with seemingly no way out. So he decides to make a change. Much to the chagrin of his inconstant spouse (Jennifer Carpenter) Bradley reconnects with his former proprietor; a bigoted pusher named Gil (Marc Blucas). As Gil’s most trusted driver of all things illegal and mind-altering, Bradley’s life is rejuvenated with wealth, a healed marriage and a baby on the way (or as Bradley so lovingly refers, “the koala”). Of course, we wouldn’t have a film if everything lasted this peachy, and sure enough, things take a most violent detour. When a botched drop lands Bradley in jail, he must fight his way to cell block 99 in order to guarantee his wife’s safety on the outside. What follows isn’t just a sinew-snapping foray into unabashed violence, but a gradual descent into an uncompromising man-made hell. 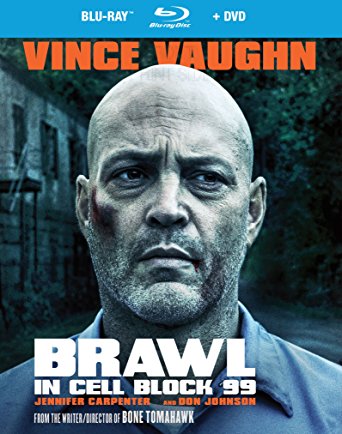 While writer/director S. Craig Zahler’s cinematic influences are obvious (like 1979’s blaxploitation brawler, PENITENTIARY; or hell, any number of women-in-prison flicks from the grindhouse heyday), Zahler once again defies expectation with his genre-blending structure, characterization and aptitude for bluntly brilliant dialogue. At just over two hours, BRAWL IN CELL BLOCK 99 is very much a tragic film of two halves. One, a thoughtfully-paced drama that focuses on (and greatly sympathizes with) Bradley’s plight. And two, an action-horror hybrid that blends skin-rending savagery with eerie locales which become all the more dread-induced the further the story spirals.

Over the course of Bradley’s descent into (literal) darkness, the cinematography is altered; the sharp blues and cool hues are replaced with warm, piss-stained yellows, burned oranges and burgundy bursts of blood. His trek into the sable heart of humanity is an ugly one and Zahler makes sure that the shift in tone isn’t just visual, but feels mercilessly tangible. The disc’s 1.85.1 transfer maintains the grimy brilliance of its silver-screened predecessor without losing any of the detail and exact coloration. 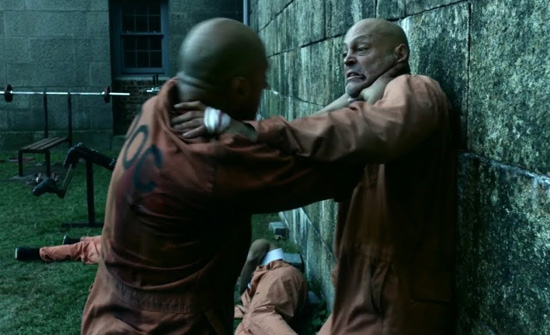 As with the optical alterations, it’s Bradley’s arrival at Red Leaf—his own personal Gehenna—that Zahler’s score (a brooding mix of Carpenter-inspired synth) replaces the licensed tracks that initially welcomed us into Bradley’s unfortunate world. It all makes for a blatant shift in tone that ratchets up the unease and finally delivers on the brutality of the film’s title. Abetting the soundscape all the more is the Dolby Digital 5.1 sound which not only ensures that the music remains crisp throughout, but that the sound effects all carry serious audible heft. The din is so well-engineered that you’ll wince and recoil at the popping joints, crunching fractures and thudding strikes. Ah, ear-shrapnel at its finest.

The fights herein aren’t ridden with CGI, they’re not shot by a multitude of cameras, they’re not spastically edited to trick the audience into thinking they’re cooler than they actually are (*cough* BATMAN BEGINS *cough*). No, they’re to the face-pummeling point. These well-choreographed bouts of boxing are devoid of music so as to emphasize the blow-by-blow impact each dueler has on the other. Bodies are beaten, arms and legs are forcefully repositioned and heads are ground to a fine powder via repeated stomping. It’s ferocious, it’s barbaric and it’s absolutely cathartic. Much like he did with Bone Tomahawk, Zahler makes the audience wait for the gory gristle to hit the fan. And when it does, when the tension boils over and words fail where knuckles don’t—Brawl definitely delivers.

However, even with all of the ruthless butchering, BRAWL IN CELL BLOCK 99 never loses sight of its emotional support: Bradley. Aided by an eclectic cast of compelling subjects like Udo Kier’s Placid Man, Don Johnson’s Warden Tuggs and Geno Segers’ Roman, Vince Vaughn delivers one of the most memorable roles of his career. Vaughn’s name has become synonymous with comedy, but his career was once studded with both serious and strange gems (THE CELL, CLAY PIGEONS, THE LOCUSTS). Here however, he’s reinvented his persona with a performance that’s both intimidating and heart-wrenching. Vaughn may not have the speed of THE RAID’s Iko Uwais or the six-pack of Chris Hemsworth’s THOR, but his 6’5 stature, unfazed demeanor and bald cross-tattooed head give him an unmatched presence of authority. 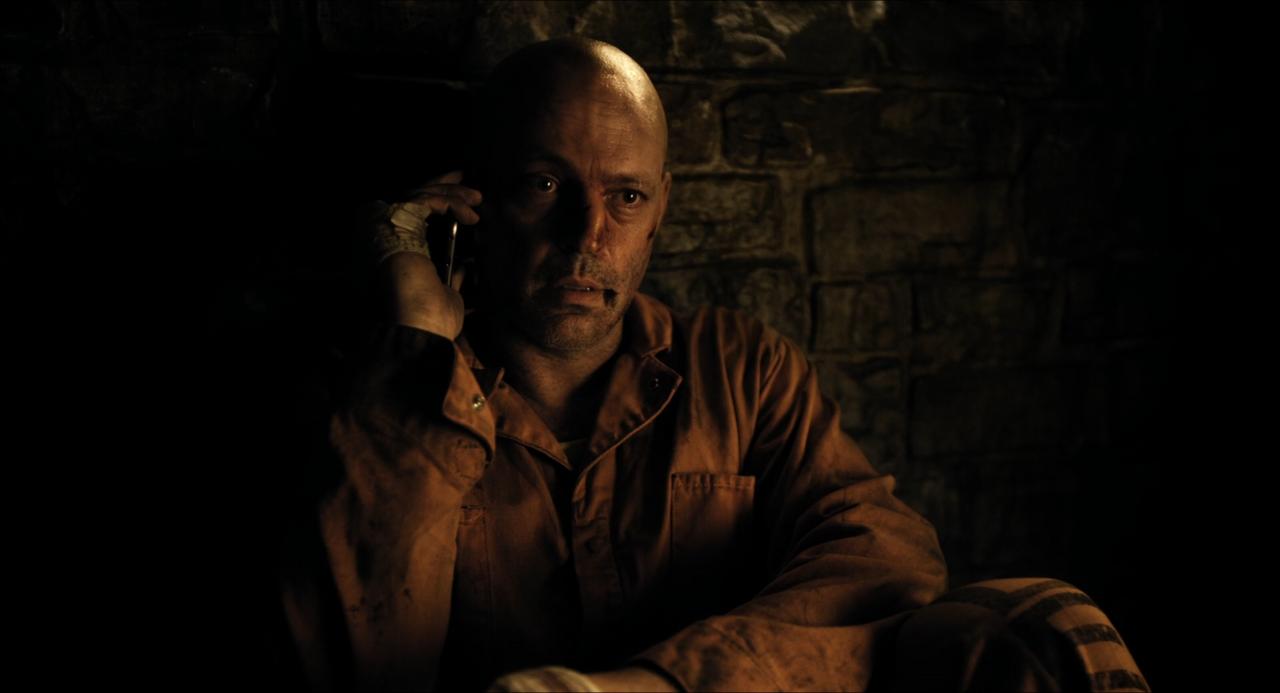 In terms of special features, the first and most rewarding is that of “Journey to the Brawl: The Making of BRAWL IN CELL BLOCK 99”. It’s an engaging, but altogether too short and too general. Viewers will get a brief look behind the iron bars at interviews with the cast and crew, as well as some production footage including set design and Vaughn’s physical preparation for the role. Personally, I would have loved this to be longer and more focused; potentially offering scene breakdowns, the gloriously gruesome practical effects and just how much work went into staging each fight. Regardless, it’s still—at the very least—a nice glimpse into Zahler’s creative process.

The second feature is a rather standard (and lackluster) “Beyond Fest Q&A With the Cast and Crew”. It’s self-explanatory and like the similar feature on BONE TOMAHAWK’s disc, doesn’t deliver a lot of new information. I’ve never found crowd question/answer sessions all that engaging and—despite the film’s great content—it’s no different here. Again, a decent addition, but not necessary either.

BRAWL IN CELL BLOCK 99 is a strange beast of a film that only plays by the rules it creates. Its sardonic humor and clever quips bring laughter. Its shocking ruptures of violence drop jaws. Its gut-punching chronicle of punishment and love brings tears. BRAWL IN CELL BLOCK 99 isn’t just a piece of entertaining, it’s a concrete jungle of an experience that deserves the audience it will most certainly acquire.