Devilworks has announced the release of 100 CANDLES on Premium TVOD and DVD next Tuesday, May 18, to be followed by a full digital release. The directors are Nicolás Onetti (who produced with Michael Kraetzer), Guillermo Lockhart (who scripted with Mauro Croche), Víctor Català, Daniel Ruebesam, Tony Morales, Nicholas Peterson, Oliver Garland, Brian Deane and Christopher West. The cast includes Amy Smart, Wallis Barton, George Blagden, Sibyl Gregory, Dee Bradley Baker, Magui Bravi, Clara Kovacic, James Wright, Agustín Olcese, Luz Champane and Amparo Espinola; the synopsis: “100 CANDLES centers on a game that traps a group of friends, as they tell one another horror tales in front of a magical mirror, by candlelight. One story for every candle, they cannot leave the game until all candles are out; otherwise they will fall victim to a witch’s curse.” 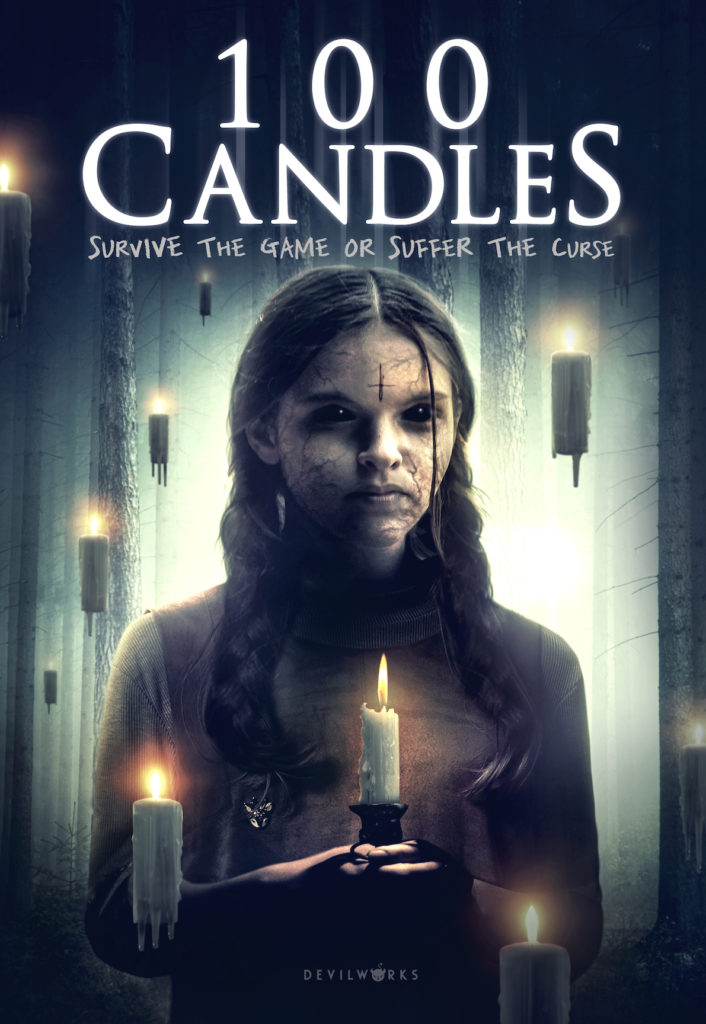